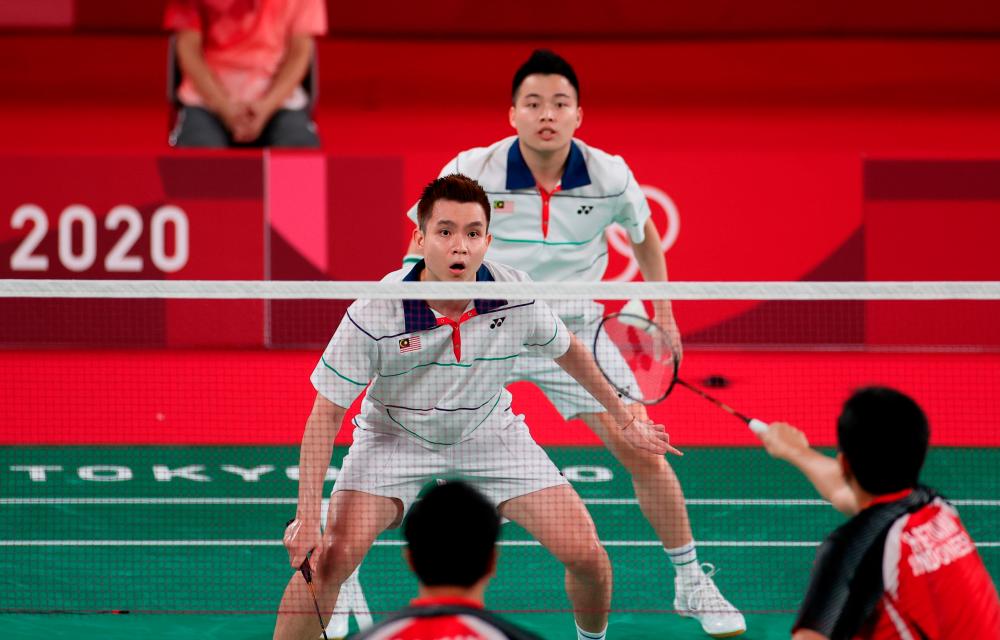 World number nine Aaron-Wooi Yik were in their element, producing powerful smashes and flicks, to overcome the Canadian world number 32 in just 33 minutes in their final Group D match at the Musashino Forest Sports Plaza here.

Going into the match knowing they had to win to make the last eight, the Malaysians, who lost 16-21, 19-21 to three-time world champions Mohammad Ahsan-Hendra Setiawan of Indonesia in the second match yesterday, played with more urgency to stay in total control for an emphatic straight-game win.

Earlier, second seeds Ahsan-Hendra defeated the Koreans 21-12, 19-21, 21-18 in another match to top Group D by winning all their three matches.

Aaron-Wooi Yik, the 2019 SEA Games champions, finished second in the group with two wins and one defeat.

The quarter-finals are scheduled to be held on Thursday (July 29).

Aaron-Wooi Yik face an acid test in the quarter-finals as they’ve been drawn against world number one Kevin Sanjaya Sukamuljo-Marcus Fernaldi Gideon of Indonesia, according to the Badminton World Federation (BWF).

There’s more bad news. The Malaysians have not defeated the top seeds in all seven meetings since their first encounter in the 2018 Malaysia Open. The two pairs last met in the 2020 All England, with Aaron-Wooi Yik losing 17-21,19-21.- Bernama