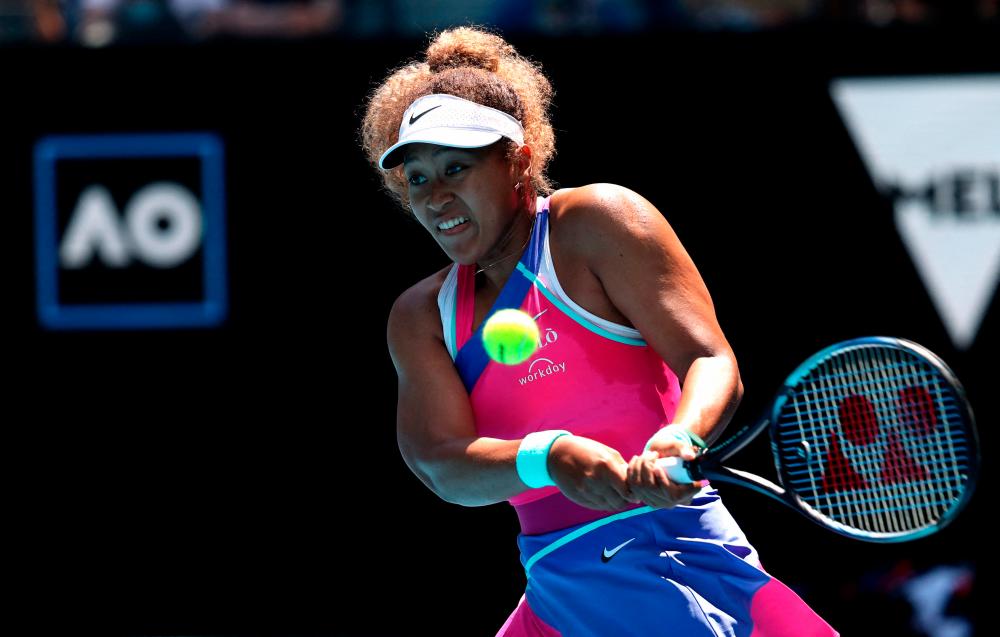 MELBOURNE: A nervous Naomi Osaka (pix) opened the defence of her Australian Open title with a hard-fought 6-3, 6-3 win against Colombia’s Camila Osorio, but stumbled mid-match after winning the first five games.

The Japanese former world number one pulled out of a warm-up event in Melbourne before the tournament after three matches, saying her “body got a shock” after playing for the first time in four months.

She showed few ill-effects in beating her 50th-ranked opponent on Rod Laver Arena, but it was far from clinical.

“She played amazingly and fought for every point. I’m just happy to be here. It definitely always feels special to come back here.”

Seeded 13 after taking a long break after a disrupted 2021 season in which she said she had suffered “long bouts of depression”, Osaka raced into a 5-0 lead and appeared to be in full control.

But she then inexplicably lost focus as the feisty Osorio finally held serve, then against the odds broke the four-time Grand Slam winner and held again to haul herself back into the set at 3-5.

Osaka had to dig deep to save two break points while serving for the set but clung on to seal it in 31 minutes.

Osorio’s resurgence was short-lived with Osaka getting a decisive break in the third game of the second set and from there made no mistake, breaking again to book a second-round berth.

She will next play either American Madison Brengle or Ukraine’s Dayana Yastremska.

Osaka beat American Jennifer Brady in last year’s final, but then withdrew from the French Open and Wimbledon over mental health issues.

She said her problems were exacerbated by speaking to the media after matches, and she made a tearful early exit at the US Open in September.

But in the build-up to the opening Grand Slam of the year, the 24-year-old said she was now determined to put her issues behind her and have fun.

“I just need to find a way to enjoy the game again because that’s the reason why I was playing in the first place,” she said ahead of the tournament. — AFP