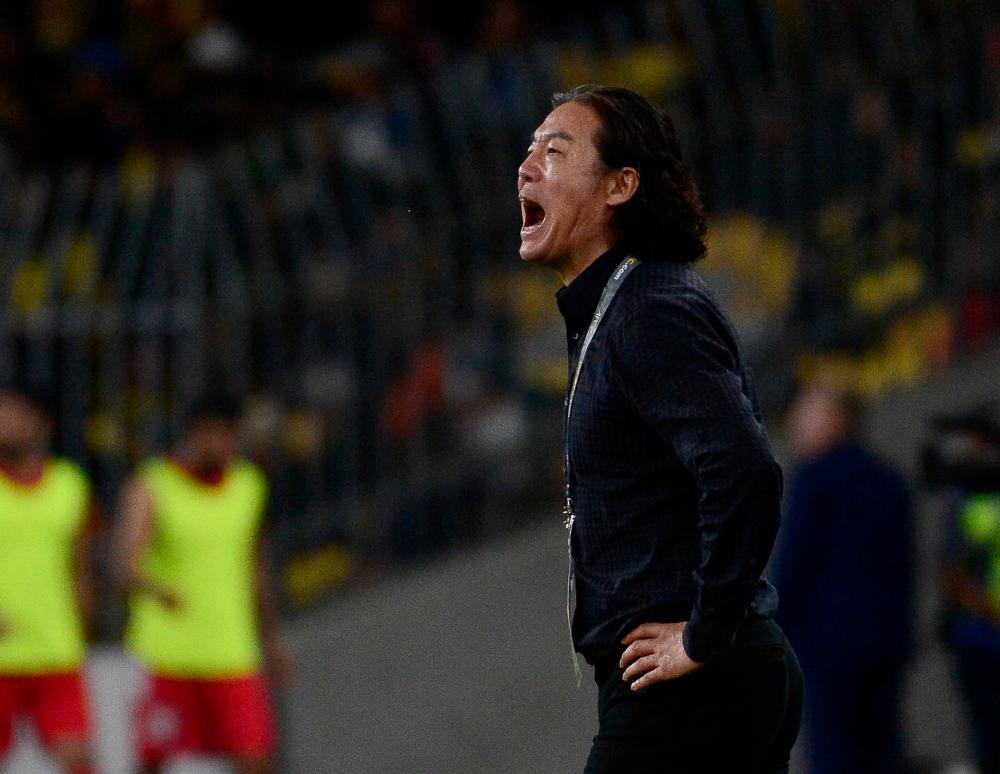 Ahead of the match against Bangladesh, Pan Gon said playing three matches in seven days would make the clash with the world’s 188th-ranked team a difficult one. BERNAMAPIX

In the match at the National Stadium in Bukit Jalil, Mohd Farizal’s action destroyed the Harimau Malaya squad’s hope of bagging at least a point after Abdulla Yusuf Helal scored Bahrain’s winning goal through a penalty kick in the 81st minute.

The penalty was given by the referee when the Johor Darul Ta’zim (JDT) goalkeeper brought down Ali Jaafar Madan in an effort to save the situation after he missed catching the ball in the air.

Pan Gon said what happened in the game would be assessed by his coaching team before any decision was made ahead of the last match of the Group E qualifiers against Bangladesh at the National Stadium next Tuesday.

“I will not talk to you about a personal thing. Our coaching team will analyse it and make a decision,” he said at a post-match press conference here last night.

In a match attended by more than 63,000 spectators, naturalised player Mohamadou Sumareh put the national team ahead in the 55th minute but Ali Abdulla Haram equalised for Bahrain two minutes later.

The defeat saw Pan Gon’s squad facing a must-win match against Bangladesh to brighten their chances of ending a 15-year wait to reach the final round of the Asian Cup.

Ahead of the match against Bangladesh, Pan Gon said playing three matches in seven days would make the clash with the world’s 188th-ranked team a difficult one.

“So we did players’ rotation to save the squad. I believe we will be well prepared because they (Bangladesh) played two games with the same squad but we made the rotation. It could be an advantage for us.

“We shouldn’t lose this opportunity to go to the final stage (Asian Cup). The players know how important the next few days are,” the 53-year-old South Korean coach said.

After two matches, Bahrain lead Group E with six points while Malaysia and Turkmenistan are in second and third places respectively with three points and Bangladesh are at the bottom without any points.

Only the group champions and the top five runners-up qualify for the 2023 Asian Cup. - Bernama