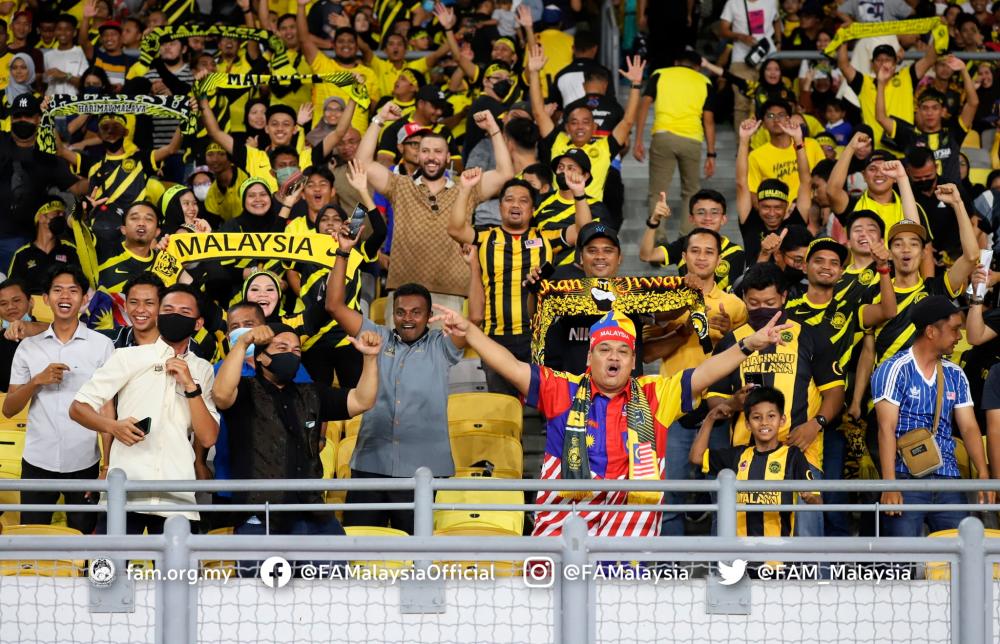 He said the Harimau Malaya squad received full support during the match to seal the important victory.

Pan Gon was understandably proud of his players after working hard throughout the 90 minutes of the game to grab three important points in beating Turkmenistan which is a higher-ranked team at 134th place.

“Tonight (last night) thank you very much to the Malaysian football fans and Ultras Malaya, they gave us full support and I am also very proud of all Harimau Malaya players. I think they try to give them (fans) a moment of pride and happiness.

“I think this is one of the best nights for us, we have done a great job, and also I can see everyone is happy. I’m very happy tonight,“ he said at a post-match press conference at the National Stadium, last night.

More than 21,000 spectators including the famous Ultras Malaya, a group of hardcore fans, flooded the National Stadium to give their support to the national team that last played in a competitive match at home in November 2019 before the Covid-19 pandemic struck.

In last night’s action, the 154th-ranked Malaysia took a 2-0 lead through goals from Muhammad Safawi Rasid in the 11th minute and Mohamad Faisal Abdul Halim (16th minute), before Altymyrat Annadurdyyev closed the gap for Turkmenistan in the 38th minute.

However, Corbin Ong extended the lead with the third goal in injury time before the break to give the perfect start for Malaysia in its qualifying campaign as the team top Group E by sharing three points with Bahrain in second place.

Meanwhile, Turkmenistan head coach Yazguly Hojageldiyev admitted his squad could not match Malaysia’s prowess and cited a lack of preparation as an excuse.

“As I said before the match, we had a short time for practice and we can see that Malaysia came prepared, nothing to say except Malaysia was good today. It’s not over yet we have two matches to go. There’s a chance,” he said.

Malaysia will meet Bahrain while Bangladesh is scheduled to face Turkmenistan in the second group match on Saturday. Both matches will be played at the National Stadium. - Bernama