Pandelela makes it to semis, Jun Hoong crashes out 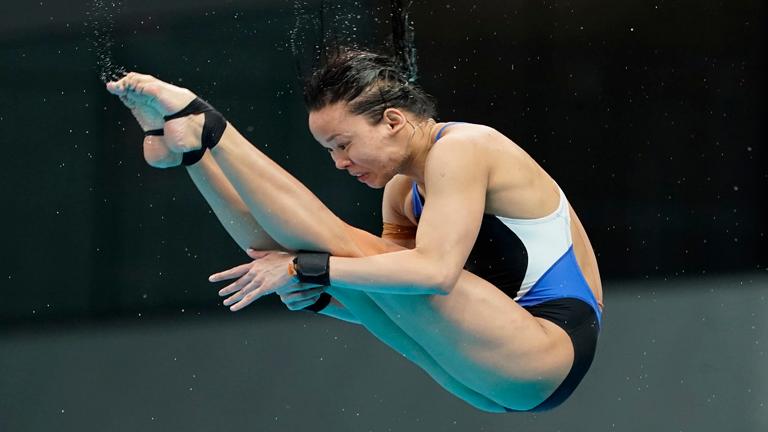 TOKYO: National diver Pandelela Rinong (pix) can thank her lucky stars to still be in contention for a medal at the end of the preliminary round of the women’s 10-metre (m) platform individual event at the 2020 Tokyo Olympics today

Her teammate Cheong Jun Hoong, however, can kiss her medal hopes goodbye.

While Pandelela just managed to sneak into the semifinals as the 18th – and final – qualifier, Jun Hoong’s Tokyo Olympic mission ended in dismal fashion as she came in 26th position out of 30 divers at the Tokyo Aquatics Centre here.

Pandelela, 28, who won the 2021 Diving World Cup gold medal at the same venue in May, enjoyed a good start with 72.0 points to be ranked fourth. However, her performance took a dive in the next three rounds as her scores went down to 60.90 in the second round, 52.80 in the third and a paltry 28.80 in the fourth.

Luckily for her, she managed to get back into her groove to score 70.40 points in her fifth and final dive to finish among the top 18 divers.

As for 2017 world champion Jun Hoong, she paid the price for two poor opening dives, with the 31-year-old recording scores of 36.00 and 34.80 respectively, thus ending her medal hopes in her third Olympics since the 2012 London edition.

Although she managed to bounce back with scores of 57.60 (third dive), 65.80 (fourth dive) and 57.60 (fifth dive), it was too little too late for her as she missed out on the top-18 spot that would have guaranteed her a place in the semifinals.

In the women’s 10m platform synchronised event on July 27, Pandelela-Leong Mun Yee came out last out of eight divers after scoring 277.98 points.

3.IRB applies for Muhamad Shafee tax case to be decided via summary judgement