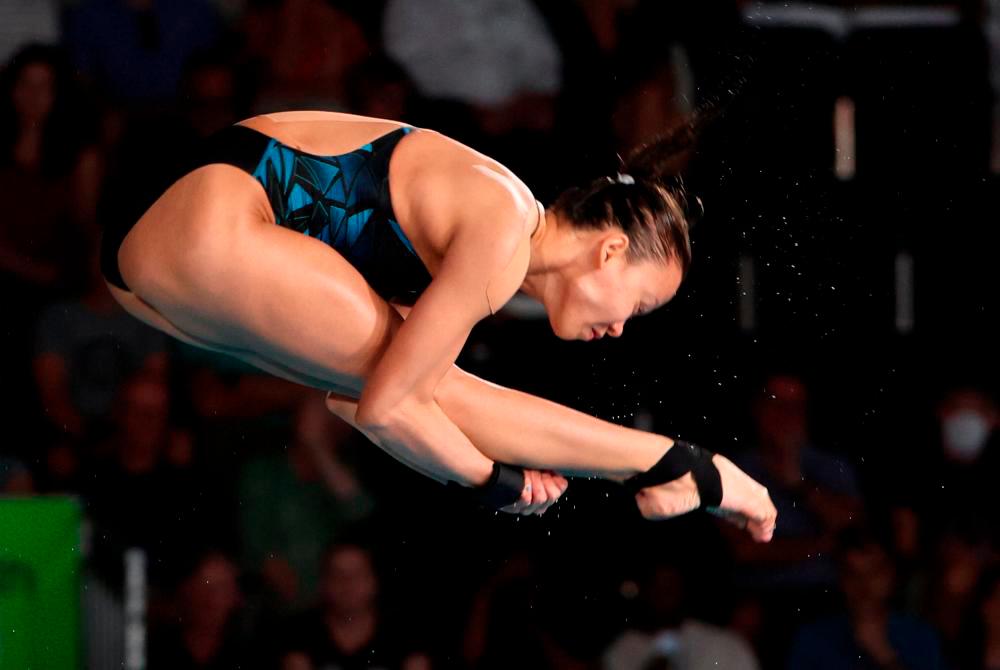 KUALA LUMPUR: National diving ace Datuk Pandelela Rinong was back on top of the podium again by emerging champion in the KL edition of the International Swimming Federation (FINA) Diving Grand Prix today.

The 29-year-old Sarawakian clinched the women’s 10m platform event gold after accumulating 324.70 points in the finals at the National Aquatic Centre in Bukit Jalil here.

“I think my performance this afternoon was better and more consistent than (preliminary round and semi-finals) in the morning. However, I need to improve tactically and polish my dives. I need to improve my fitness as competing in two or three rounds in one day is quite challenging physically.

“However, competitions like this are beneficial because many tournaments had been cancelled previously due to COVID-19. So, back-to-back competitions are important to be back to normal (competitive environment),” she told reporters after the prize-giving ceremony.

She will next partner Nur Dhabitah Sabri in the women’s 10m platform synchronised on Sunday, with the aim of winning her second gold in the home tournament.

Pandelela, who has won silver and bronze in the Olympics, only managed to finish sixth at last month’s World Cup in Berlin, Germany, and returned empty-handed from the 2022 Birmingham Commonwealth Games in August.

Asked on her next competition, she said she would be preparing for the World Championships, which is also the qualifiers for the 2024 Paris Olympics, in Fukuoka, Japan in July and Hangzhou Asian Games in September next year.

“I am very happy to win the gold with a season best in the last competition of the year. My preparations were not thorough as I had to juggle between training and final year studies in Universiti Malaya,” said Tze Liang.