Paris 2024 Olympic Games ceremony to be held on River Seine 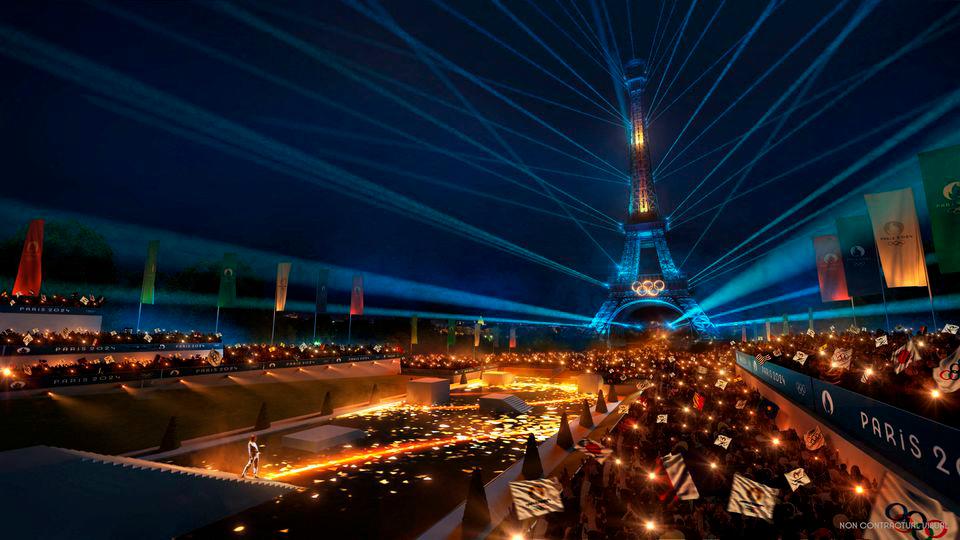 A visualisation of the 2024 Paris Olympic Games opening ceremony is pictured in this undated handout obtained December 13, 2021. REUTERSPIX

PARIS: The organising committee for the 2024 Olympic and Paralympic Games on Monday unveiled “Games Wide Open” as the slogan for the upcoming sporting event to be hosted by Paris, Anadolu Agency (AA) reported.

The video announcement of the slogan was accompanied by the visuals of French monuments, history and culture juxtaposed with the different Olympic sports and projecting the theme of inclusion of the disabled, LGBTQI, gender equality, accessibility and pride.

The opening ceremony will be held in the open on the Seine River which runs through Paris. Boats will transport the 10,500 athletes passing by the landmarks, where some of the events will also be held.

Organisers claimed it will be the largest opening ceremony with nearly 600,000 spectators expected to turn up for the event, according to the French daily Le Monde.

The organisers said they intend to make the games accessible and provide an opportunity for spectators to witness the games live in Paris and across France.

Tickets will be offered through registration by draw. The official launch for registration will be in December 2022 and the first draw will take place from the end of January to the beginning of February 2023.

The sale of tickets for the games and opening and closing ceremonies will be in May, while that for the Paralympics will be in September 2023.

The announcement of the slogan and ticketing comes two years before the start of the Olympics. President Emmanuel Macron also held a meeting with the organising committee to oversee the preparations on the budget and security front.

In view of the UEFA Championship final debacle in Paris, Macron wants to ensure crowd management for the Olympic events without any chaos.

Some 17,500 security personnel will be additionally trained to guard the competition site besides army and local police for each day of the event, FranceInfo news reported. - Bernama