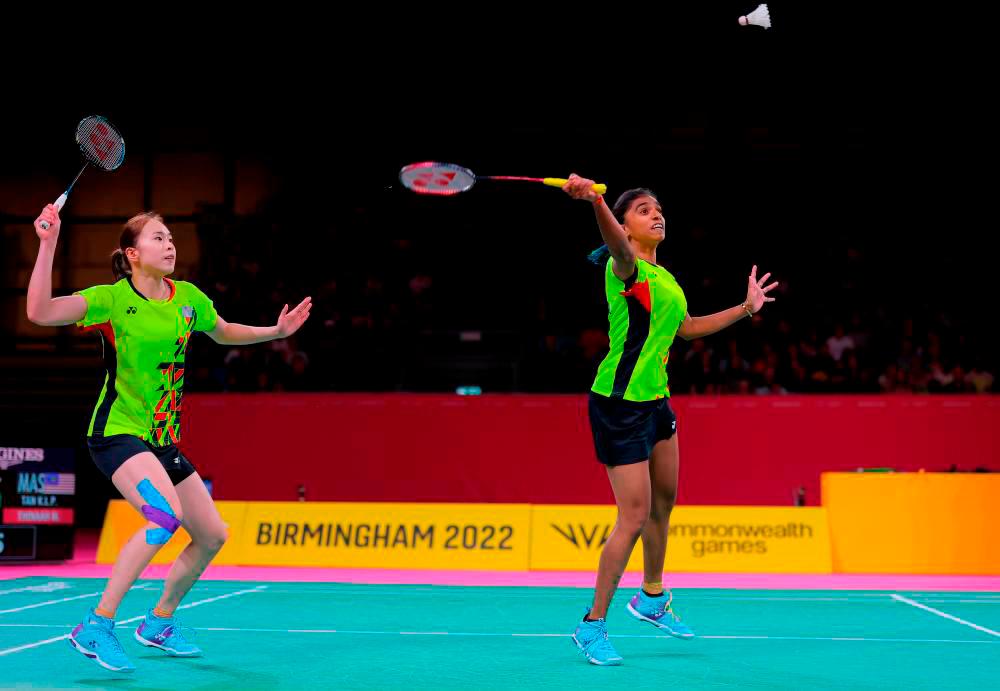 KUALA LUMPUR: National women’s doubles pair Pearly Tan and M. Thinaah have received a RM50,000 incentive from 100 Plus ahead of the Badminton World Federation (BWF) World Tour Finals, which begins in Bangkok on Wednesday.

F&N Beverages Marketing Sdn Bhd business director Leong Wai Yin hoped the incentive would give a timely boost to the national number one pair in the season-ending World Tour Finals.

“100PLUS hopes this incentive will further motivate Pearly and Thinaah at the World Tour Finals. We look forward to another smashing performance from them,” she said in a statement today.

It was their second title in the BWF World Tour series after winning the Swiss Open in March last year.

The French Open success also enabled them to receive RM37,500 in incentives from the Badminton Association of Malaysia (BAM).-Bernama