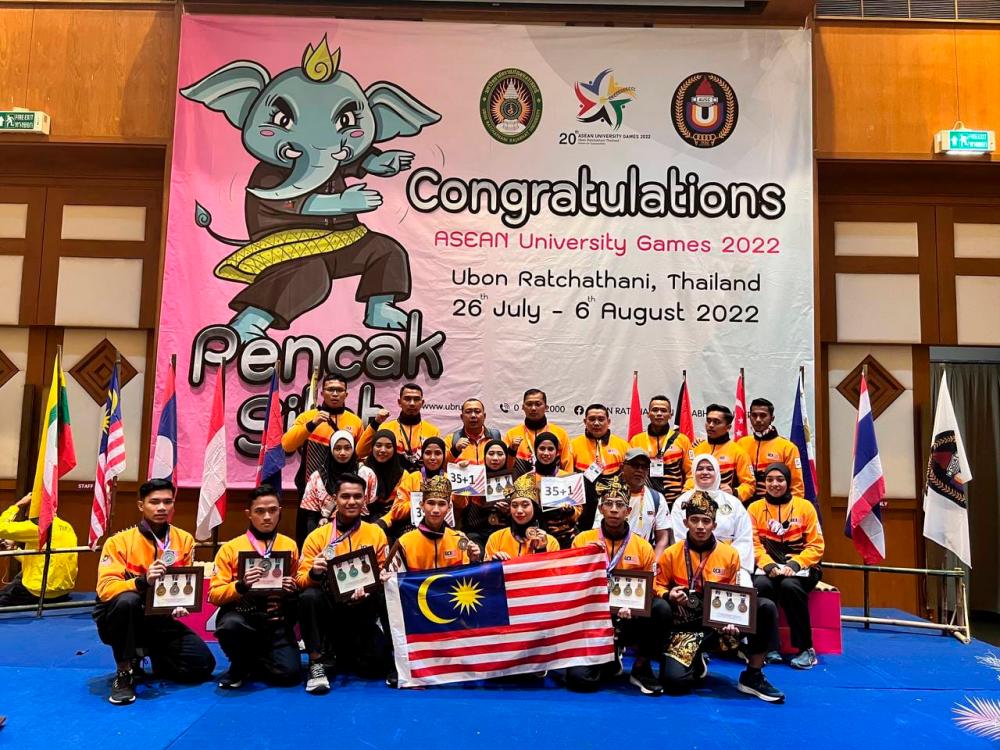 UBON RATCHATHANI: The national pencak silat squad started off their Asean University Games (AUG) campaign well by immediately meeting their medal target of one gold medal for the sport.

Pencak silat head coach Habizan Othman praised his charges’ accomplishments on the first day, telling reporters that they managed to give great performances even in the face of challenges.

Now that the gold medal target had been met, they would shift focus to hauling in more medals, he added.

“We might get a bonus gold in the silat competition events,” he said.

The gold medal won by the pencak silat squad was the 36th gold for the national contingent, and surpassed the target of 35 gold set by the Higher Education Ministry for the Games. - Bernama