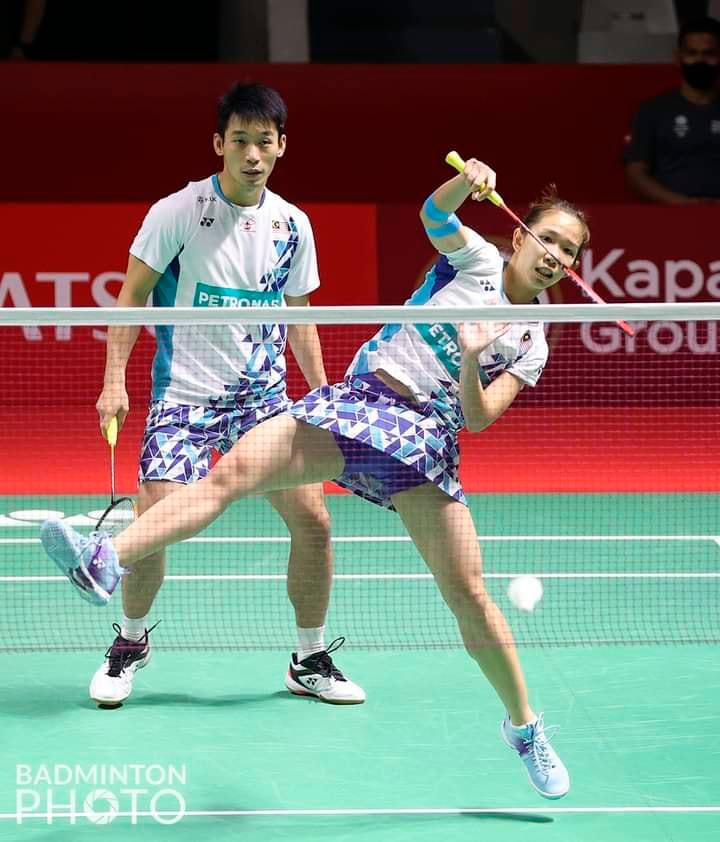 The 34-year-old shuttler said he did not want to repeat the mistakes at Malaysia Open last week where they were eliminated in the first round by Indonesia’s Rinov Rivaldy-Pitha Haningtyas.

“Upon reviewing the game (Malaysia Open), I found I could be thinking too much as this is new pair so the rhythm was still not fully aligned.

“I think I was playing too cool and was not aggressive enough, so this week could see me mounting more attacks for a better outing,” he said when met by reporters after a training session at Axiata Arena here today.

Peng Soon, a silver medalist of the 2016 Rio Olympics, when asked about the level of compatibility with Yee See in their fourth appearance said:” It is still on-off, need to iron out our movements but will try our best.

Commenting further, he, however, said they are using the tournament to find their rhythm of compatibility for a successful run at the Birmingham Commonwealth Games scheduled from July 28 to August 8.

“For now, we are taking one step at a time (looking for compatibility) but more importantly we are targeting for better performance in the Commonwealth Games,“ he said. - Bernama