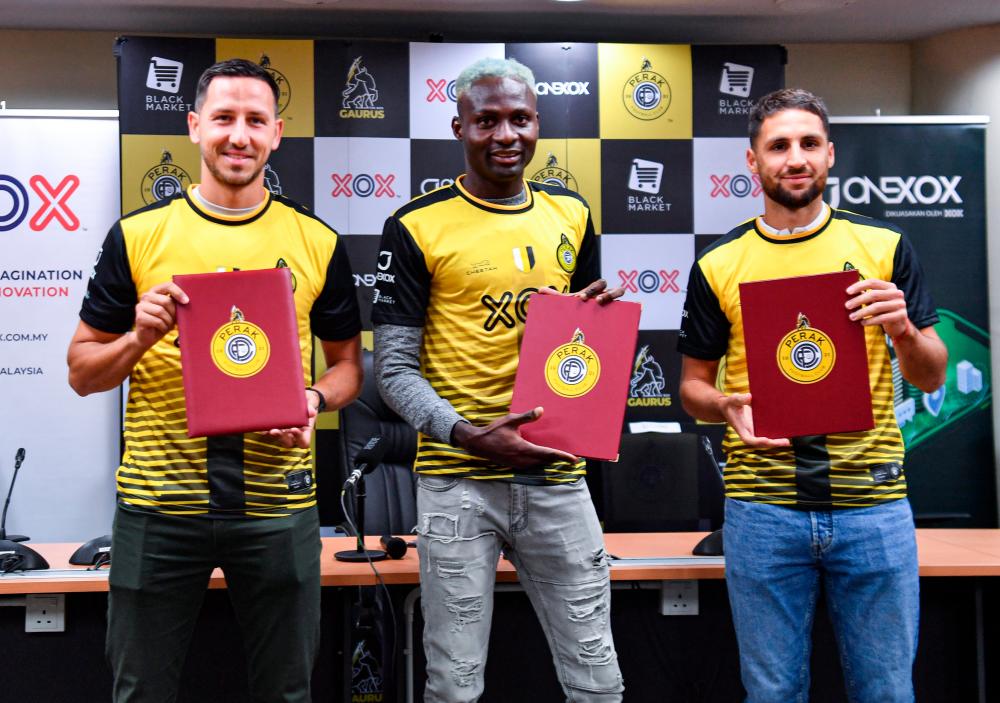 IPOH: Perak FC today announced the signing of three imported players to reinforce the team for the 2022 Premier League competition with nine matches remaining, to move out of the relegation zone.

“Our goal now is to finish the remaining group matches as among the top five teams for Perak FC to qualify for the 2022 Malaysia Cup.

“We really hope the Perak FC team can now provide stiffer competition with the presence of these imports,“ he said after the introduction ceremony and signing of the new import player contracts at the State Secretariat Tower (SSI), here, today.

According to him, the (new) administration under XOX Berhad will manage the Perak FC team in the best way possible to make it a truly professional outfit.

For the record, Perak FC had recorded two wins, but were fined (by FIFA) with a deduction of nine points in the table following the club’s failure to settle the players’ salary arrears, thus ending up in last position with a negative three points (-3). - Bernama