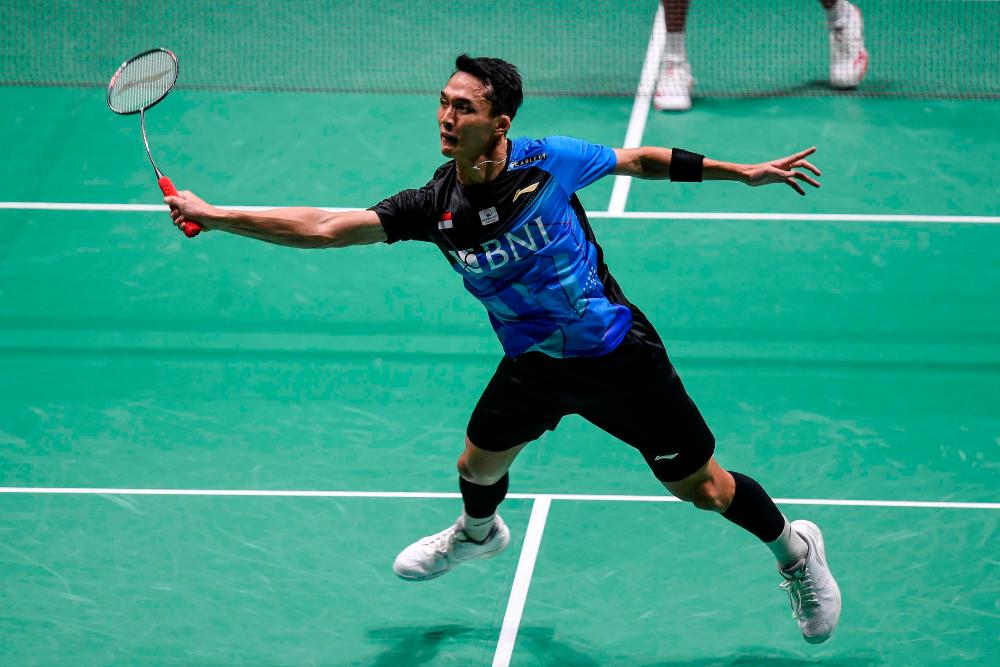 However, his compatriot Anthony Sinisuka Ginting fell short against world number one Viktor Axelsen of Denmark 21-18, 17-21, 12-21 in another quarter-final action.

This has set up an encounter between Christie - the tournament’s seventh seed - and Axelsen in the final-four round tomorrow.

Christie said a win tomorrow would be the perfect answer to avenge Ginting’s defeat to the Dane.

“Yes, I will fight not only for Ginting, but of course Indonesia.

“I am grateful to be able to get a positive result today but the struggle is not over, there is a tough task ahead against Axelsen,“ he told reporters after the match.

The world number eight also refused to put pressure on himself despite realising that Axelsen was in great form after winning four tournaments this year, including the 2022 Indonesia Open last month.