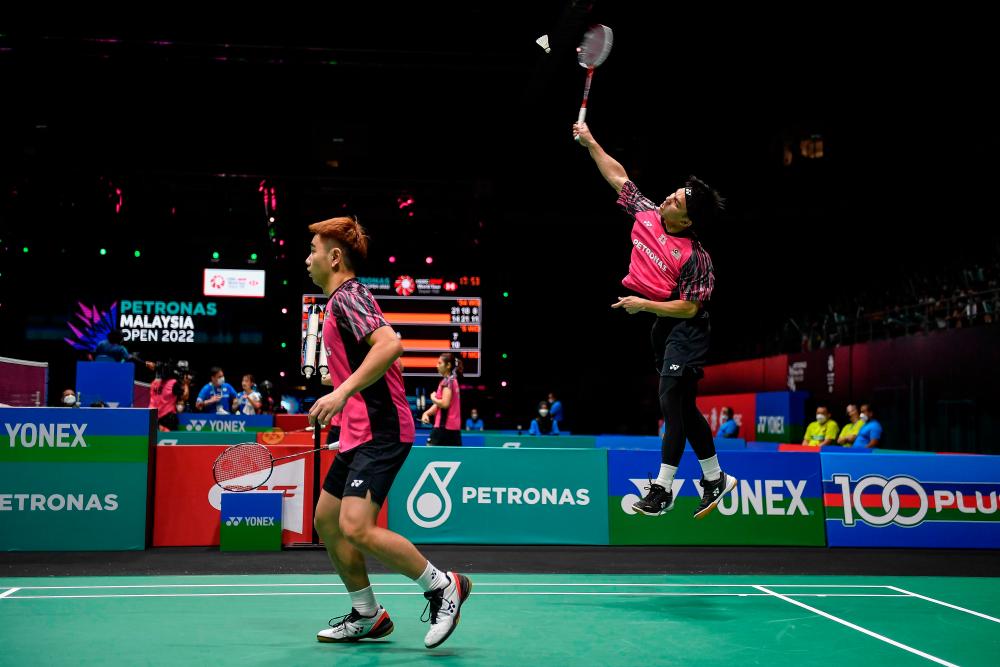 In a repeat of the 2022 German Open final which the Malaysians won, Sze Fei-Nur Izzuddin again proved too strong for the Chinese pair, using their fast attacking play to race to a commanding lead at 13-5, before closing out the game 21-11.

It was a tight contest in the next game, as both pairs traded points until 20-20 before a drop shot by Sze Fei sealed the match for them at 22-20.

Sze Fei, when met after the match, said the final game was nerve-wracking but the deafening cheers from the fans motivated them to prevent the Chinese duo from forcing the match into rubber game.

“Really hard to kill them in the second game, but we managed to be more patient and avoided making silly mistakes,” he said.

Sze Fei said the win against the world number 45 in the 2022 German Open final last March had given them the confidence to maintain a clean head-to-head record, which stands at 2-0 now.

Nur Izzuddin admitted that the withdrawal of their second-round opponents, Satwiksairaj Rankireddy-Chirag Shetty of India, due to an injury issue yesterday had helped them to get a good rest and be more prepared for today’s action.

The last time a Malaysian pair reached the semi-finals was in the 2014 edition through Goh V Shem-Lim Khim Wah, who eventually emerged champions after beating China’s Chai Biao-Hong Wei 21-19, 21-18 in the final. - Bernama