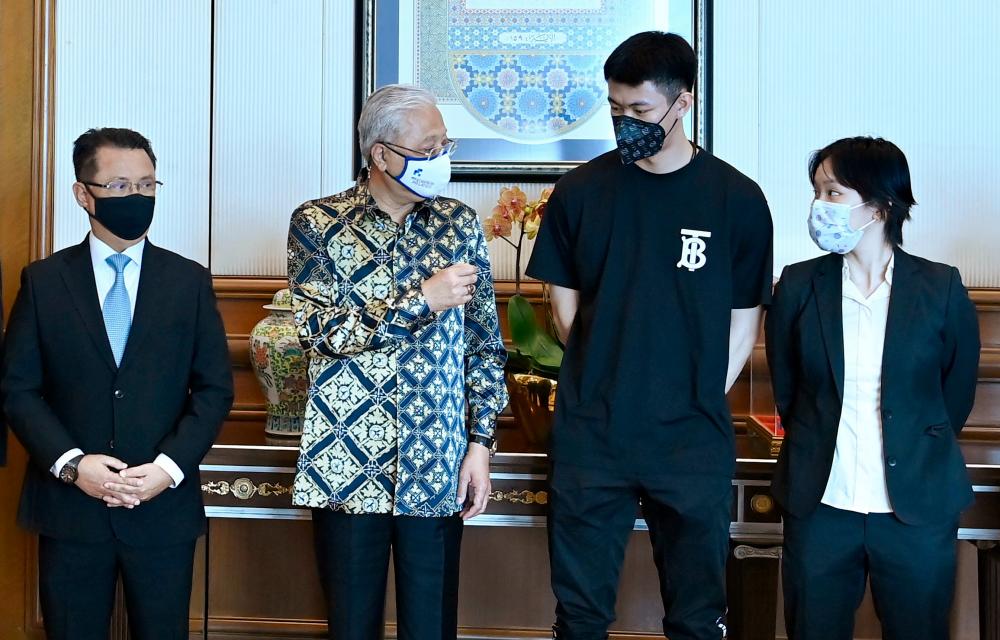 The meeting was held at Perdana Putra this afternoon and BAM were led by their president, Tan Sri Mohamad Norza Zakaria and his two deputies - Datuk V. Subramaniam and Datuk Seri Jahaberdeen Mohamed Yunoos.

“A beneficial discussion. Alhamdulillah, everything is settled. May our national shuttlers continue to excel on the world stage, and the Jalur Gemilang is hoisted again on the international arena,” Ismail Sabri said through a post on his official Facebook page.

On Friday (Jan 21), BAM announced that they would not register Zii Jia for any tournaments for a period of two years effective from Jan 18 after the world number seven shuttler tendered his letter to quit BAM on Jan 11.

The status of Jin Wei’s appeal, which was sent on Tuesday (Jan 25), is still unknown after she too was handed a two-year suspension effective from Oct 31, 2021 for leaving BAM, claiming she wanted to retire due to health factor last September before making a U-turn to turn professional. - Bernama