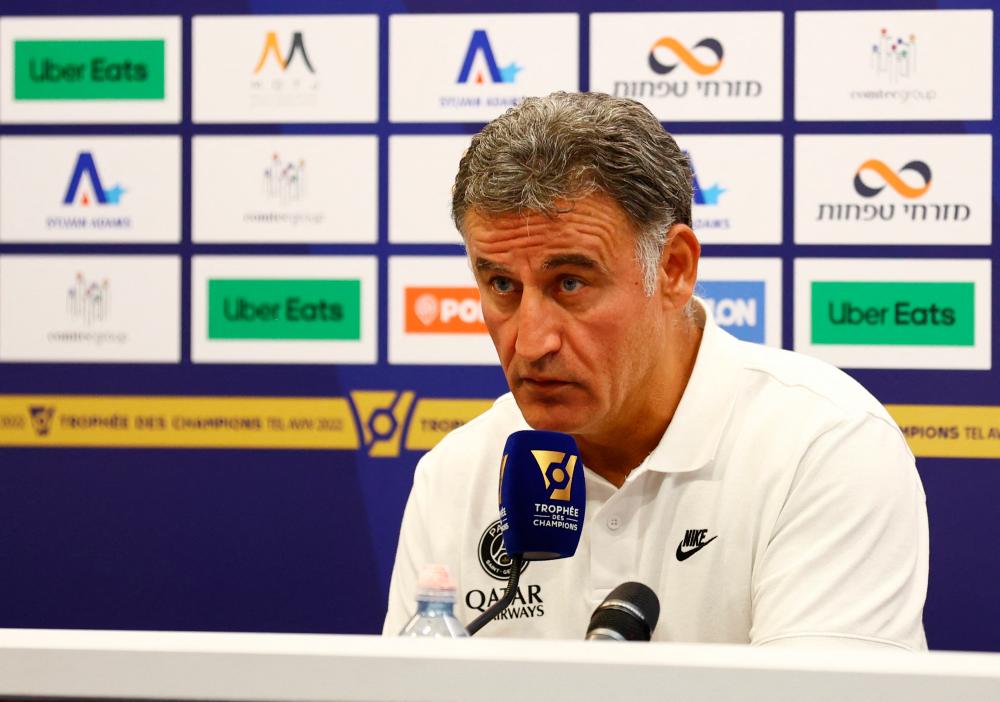 PSG completed a successful pre-season tour of Japan with a 6-2 thrashing of Gamba Osaka -- their third win in as many matches -- and desperately want to begin Galtier's reign with silverware.

“We absolutely have to win it,“ PSG goalkeeper Gianluigi Donnarumma, who is set to start this season as first choice ahead of Keylor Navas, told the club website.

“We want this trophy to start the season in the best possible way. We know how important it is.”

PSG won the trophy eight years in a row before losing to Lille in Israel last August at the start of Mauricio Pochettino's only full season as coach.

The Argentine was sacked with a year left on his contract, the task of managing PSG's dressing room of superstars handed to Galtier, who has an outstanding reputation in France and led Lille to the Ligue 1 title in 2021.

“It’s up to me to show I’m capable of being at the head of an army of very, very good players,“ Galtier recently told French sports daily L’Equipe.

“If I didn’t feel capable of taking on this pressure, I would be somewhere else.”

PSG won a protracted battle with Real Madrid in May to convince Kylian Mbappe to stay, but Galtier will be without the France star this weekend due to suspension.

However, he will have Lionel Messi and Neymar available, with the Brazilian -- coming off a disappointing season blighted by injury -- shrugging off rumours PSG would be open to his departure.

“I still want to stay here with the club,“ Neymar said in Japan last week.

“So far the club hasn’t said anything to me so I don’t know what their plans are for me.

“I don’t need to prove myself to anyone -- I just need to play my football and I have to be happy playing football.”

Galtier, 55, is PSG's seventh different manager since the Qatari takeover of 2011. His counterpart on Sunday, Antoine Kombouare, was the first coach sacked by the current owners.

Kombouare got the better of Galtier in last season's French Cup final as Nantes beat Nice 1-0 to win the competition for the first time in 22 years.

“We’re all ready and we all want to win the trophy,“ said Kombouare, who lost the 2010 edition to Marseille on penalties while at PSG.

Galtier has left behind a number of players the club is trying to offload, including Georginio Wijnaldum, Julian Draxler and Ander Herrera, while new signing Hugo Ekitike is out with a thigh injury.

France defender Nordi Mukiele could make his PSG debut after arriving from RB Leipzig this week on a five-year deal.

He became the French champions' third summer recruit after Portugal midfielder Vitinha and Ekitike, who will spend the season on loan from Reims before completing a permanent switch. - AFP