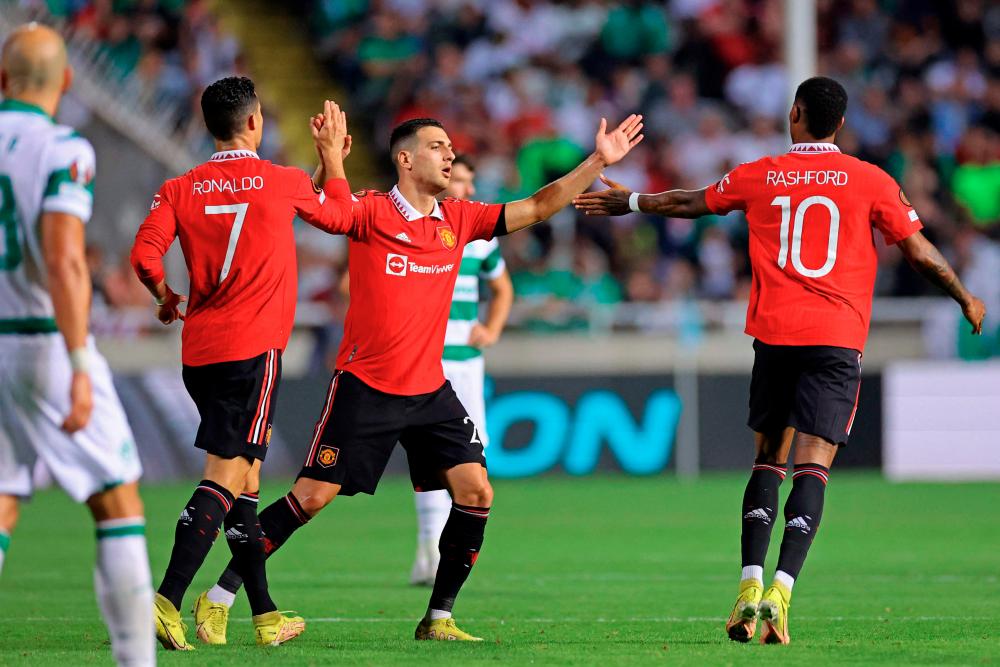 NICOSIA: Substitute Marcus Rashford scored twice as Manchester United fought back from a goal down to beat Omonia Nicosia 3-2 in Europa League Group E on Thursday.

Real Sociedad stayed top of the group standings thanks to a 2-0 win at Sheriff Tiraspol secured by goals from David Silva and Aritz Elustondo.

United, thrashed 6-3 by Manchester City on Sunday, dominated the opening stages but were stunned in the 35th minute when their Cypriot hosts scored through Karim Ansarifard following a counter-attack.

As the teams went into the break, boos and whistles rained down from the stands from the United supporters.

Rashford emerged after halftime and needed only eight minutes to equalise with a well-placed shot from just outside the box into the far corner.

The England forward then produced a clever backheel to set up fellow substitute Antony Martial who put United ahead.

Rashford struck again six minutes from time, tapping in Cristiano Ronaldo’s pass, but Nikolas Panayiotou pulled one back for Omonia a minute later to ensure a tense finale.

United moved on to six points in the group standings, three behind leaders Sociedad.

Lazio, looking to bounce back from an embarrassing 5-1 loss at Midtjylland, could only manage a 0-0 draw at Sturm Graz in Group F.

In Group C, Ludogorets and Finnish champions HJK Helsinki fought out a 1-1 draw in Helsinki.

PSV Eindhoven’s Yorbe Vertessen scored twice in a 5-1 rout of their hosts FC Zurich in Group A.

In Belgrade, Red Star crushed Hungary’s Ferencvaros 4-1 to give the 1991 European Cup winners hope of advancing from Group H and Wissam Ben Yedder was the hero for AS Monaco, scoring twice in a 3-1 home win over Turkish side Trabzonspor. - Reuters