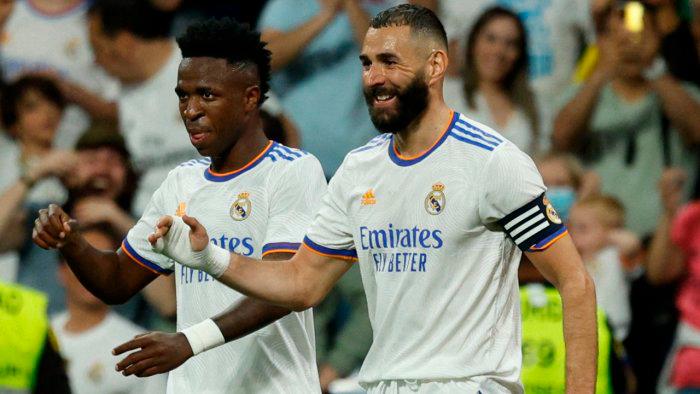 MADRID: Real Madrid are confident they can rely on a deep pool of talent already at their disposal rather than go on a shopping spree to improve on a stellar 2021-2022 season.

After winning a 35th LaLiga title and 14th Champions League, both record-extending achievements, Real knew that they did not need to overhaul a squad in pursuit of soccer's biggest trophies.

Instead, they opted to do some tinkering by offloading 30-something veterans such as Gareth Bale, Marcelo and Isco, while bringing in former Chelsea defender Antonio Rudiger on a free transfer and France midfielder Aurelien Tchouameni from Monaco.

Admittedly they missed out on luring French forward Kylian Mbappe, who opted to stay with Paris St Germain, to the Bernabau but once that deal was off the table they opted not to chase after another big-name signing.

Instead their focus turned to improving the on-field chemistry of their in-house talent, specifically Karim Benzema and Vinicius Jr, before they kicked off the new season against promoted Almeria on Sunday.

Benzema had a stellar 2021-2022 campaign as he scored 44 goals in 46 games in all competitions, while 21-year-old Brazil winger Vinicius enjoyed a breakout season by netting 22 times.

The duo proved to be a potent force in Real's 2-0 win over Eintracht Frankfurt in the UEFA Super Cup on Wednesday, when Vinicius assisted Benzema to strike his 324th goal for Real, making him the second most prolific scorer for the Spanish giants.

Only former Real striker Cristiano Ronaldo is ahead of Benzema in the all-time list.

As he nears his 35th birthday in December, France international Benzema has lost none of his speed or accuracy up front, which in turn convinced Real that they did not need to sign a back up.

“It’s just impossible to replace Benzema, he is the best forward in the world,“ Real manager Carlo Ancelotti said after the Super Cup win.

“He is our leader and we are here today mainly because of him. There is no doubt that he needs to be named best player in the world,“ he added referring to the Ballon d’Or.

Lining up alongside Benzema will also allow Vinicius to hone his already incredible skills further.

His youth, energy and explosive speed has allowed him to form a destructive partnership with Benzema. He showed his worth when he fired in the game-winning goal against Liverpool in last season's Champions League final in Paris.

“I look up to Benzema and all the players who have achieved so much at this club,“ Vinicius told UEFA.com ahead of the Super Cup.

“I want to keep winning here and play for a long time to win as much as them – to win five or six (Champions Leagues) – and to try to be as influential as some of the club’s greatest players.”

Over the past year, Vinicius has also become an integral part of the Brazil team that will be targeting a sixth World Cup title when the finals kick off in Qatar in November.

“Vinicius has an extra gear like no other player, his speed and explosion is unique and I look forward for him to be even better this ... season,“ Brazil coach Tite told Reuters in a recent interview.

“He is now a much improved player thanks to his relentless working mentality and to Ancelotti’s work in polishing him. He will be an instrumental piece for Real and for Brazil this year.” - Reuters