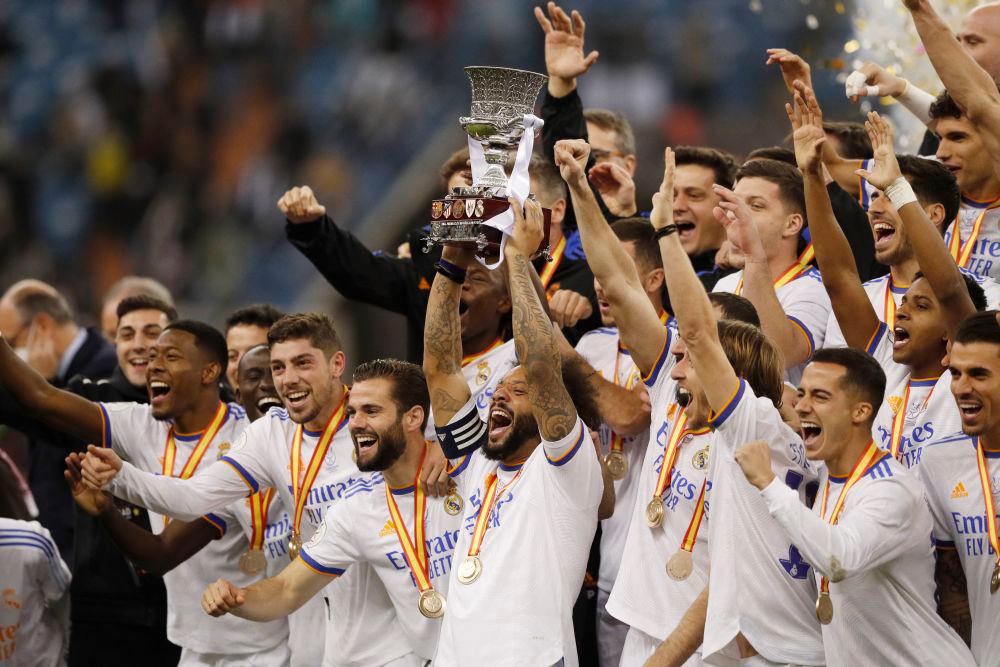 RIYADH: Real Madrid were crowned Spanish Super Cup champions after goals from Luka Modric and Karim Benzema earned them a 2-0 win over Athletic Bilbao in Saudi Arabia on Sunday.

Real took the lead in the 38th minute after Rodrygo sprinted past two defenders before passing to Modric, who rifled a shot into the back of the net.

Benzema extended their lead in the second half with a penalty after the video assistant referee spotted a handball from Yeray Alvarez inside the area.

Real were reduced to 10 men three minutes from time after Eder Militao was sent off for a goalline handball.