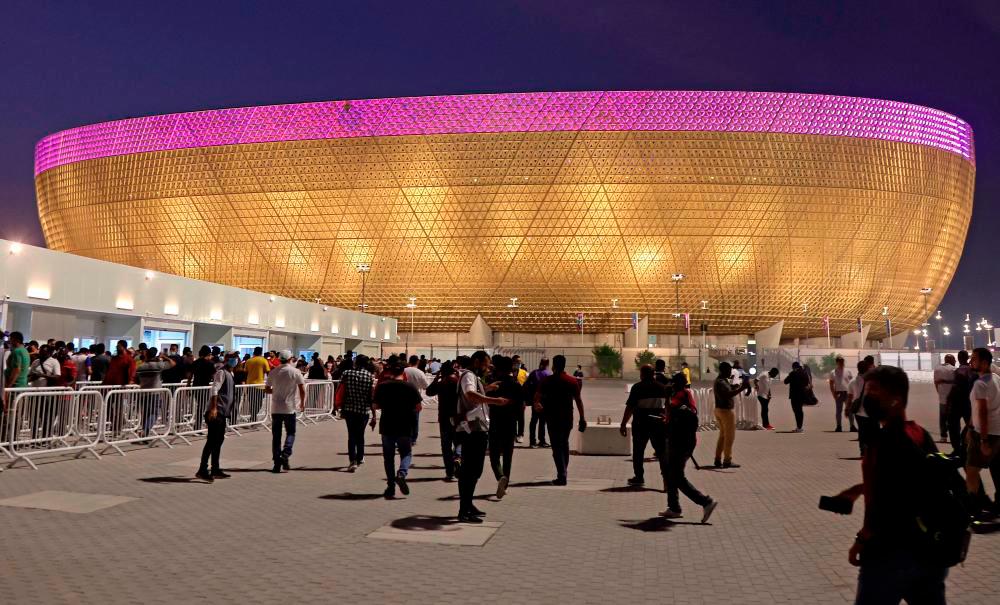 Eight stadiums will host the 2022 World Cup, which will take place from November 20 to December 18, 2022, in Qatar. Only one stadium existed before the country was designated as the World Cup host. AFPPIX

He said the cost of infrastructure and construction expenses for the World Cup has reached US$8 billion, which is relatively close to the cost of previous World Cups.

“This means we will achieve revenues that are double the cost, and that Qatar will reap the fruits of the World Cup during and after the tournament,“ Qatar news agency (QNA) reported Al Khater added.

The CEO of the Qatar 2022 World Cup also spoke about the large number of visitors who will come to Qatar to watch the matches and to discover its culture.

He also pointed out that the number of followers of the World Cup from outside Qatar will reach record levels.

He said according to studies conducted by the Supreme Committee for Delivery and Legacy, it is expected that between 3 and 4 billion people around the world will watch the Qatar World Cup 2022.

In response to a question about large number of people who will arrive in Qatar within a few weeks from now and the extent of Qatar’s readiness to deal with them, Al Khater stated that Qatar is fully prepared for the World Cup.

Qatar is expecting to welcome nearly one million people, including 12,000 from the media to the World Cup, QNA reported. - Bernama Alvarez says he got carried away, apologises to Messi after threat