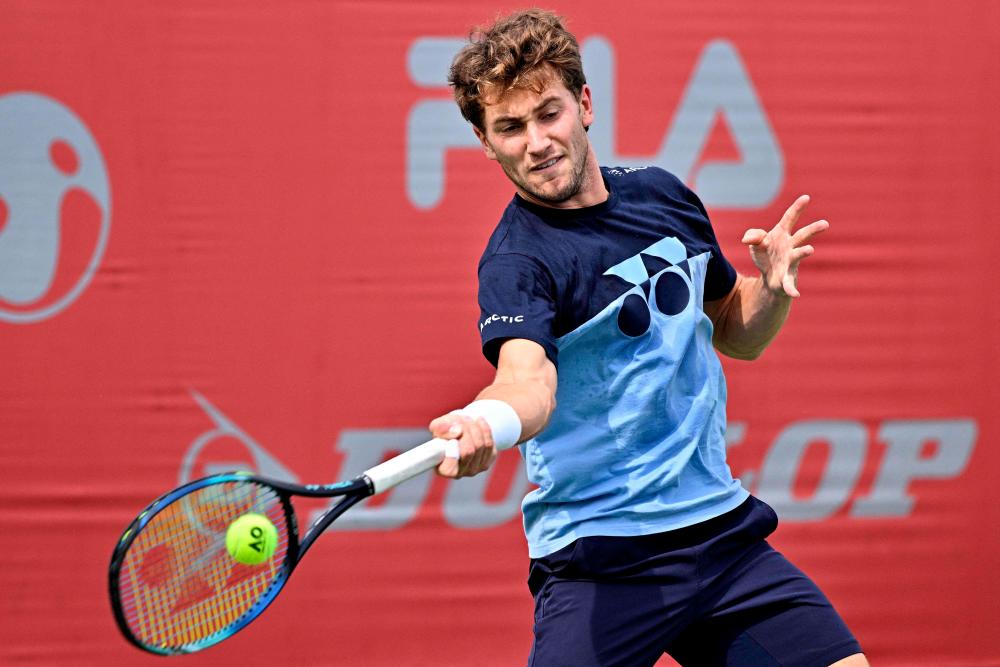 Casper Ruud of Norway attends a training session during the Korea Open Tennis Championships in Seoul on September 28, 2022. AFPPIX

SEOUL: World number two Casper Ruud advanced to the quarter-finals in Seoul on Thursday after battling through a tight round-of-16 game with 111th-ranked Nicolas Jarry.

Top seed Ruud got off to a fast start against Jarry -- who entered the Korea Open through the qualifiers -- quickly winning the first set 6-2.

But Jarry overpowered Ruud to win the second set 6-3, before Ruud bounced back to take the third set 6-3 and win the match.

“The first set went very well, but in the second set it was tough to break him. I had to work hard and I was very happy to get the win in the end,“ Ruud said.

The match lasted an hour and 43 minutes.

The 23-year-old Norwegian will face Yoshihito Nishioka of Japan in the quarter-finals on Friday.

Ruud rose to world number two after reaching the final of the US Open earlier this month. The Korea Open is the first ATP tournament he has played since then, having competed in the Laver Cup in London last week.

“My goal for this year is to finish in the top three in the ranking,“ he said, “but there are many good players that probably feel the same, so if I can do that I’ll be very happy”.