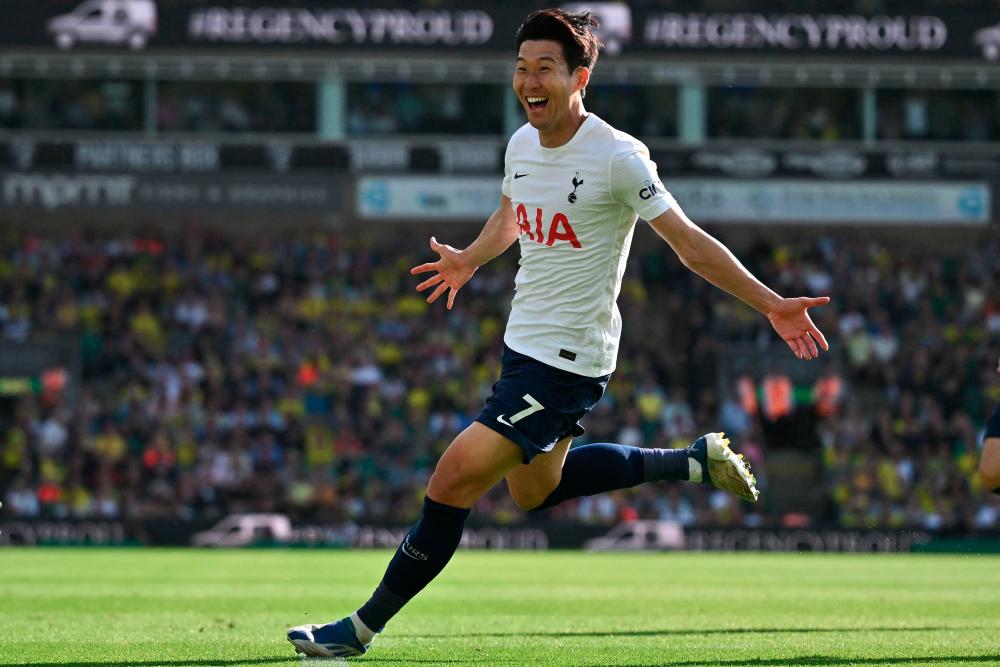 SEOUL: Son Heung-min has been congratulated by South Korean President Yoon Suk-yeol for winning the Premier League’s Golden Boot, as his club Tottenham Hotspur announced today, they would play a pre-season friendly against Sevilla in Suwon on July 16.

On Sunday, Son became the first Asian footballer to be the English top flight’s leading scorer with 23 goals, with President Yoon calling it a “joyous occasion to be celebrated by the entire Asian football community”.

“I believe this award is the result of your passion after having devoted yourself and worked endlessly for your team all season,” Yoon said in a message to Son, posted on Facebook.

Son’s achievement was “a message of hope” for South Koreans during the pandemic, Yoon said, adding that he was looking forward to watching Son lead South Korea at the World Cup in Qatar in November and December.

Tottenham’s final match of the season against Norwich on Sunday was aired live in South Korea, kicking off at midnight and ending around 2am yesterday.

But fans said Son’s 22nd and 23rd league goals of the season in Tottenham’s 5-0 win, which enabled him to share the scoring honours with Liverpool’s Mo Salah, made staying up late worth it.

“I was so happy and excited even when I was lying in bed, so I couldn’t sleep,” one posted online.

“This season’s Son Heung-min uniform will be our family treasure from today,” another added.

Tottenham enjoys a large fan base in South Korea and the club will play two matches in the country on a pre-season tour of Asia in July.

Tottenham will face the K-League All-Stars in Seoul on July 13 and Sevilla FC three days later in Suwon, 45km south of Seoul. – AFP