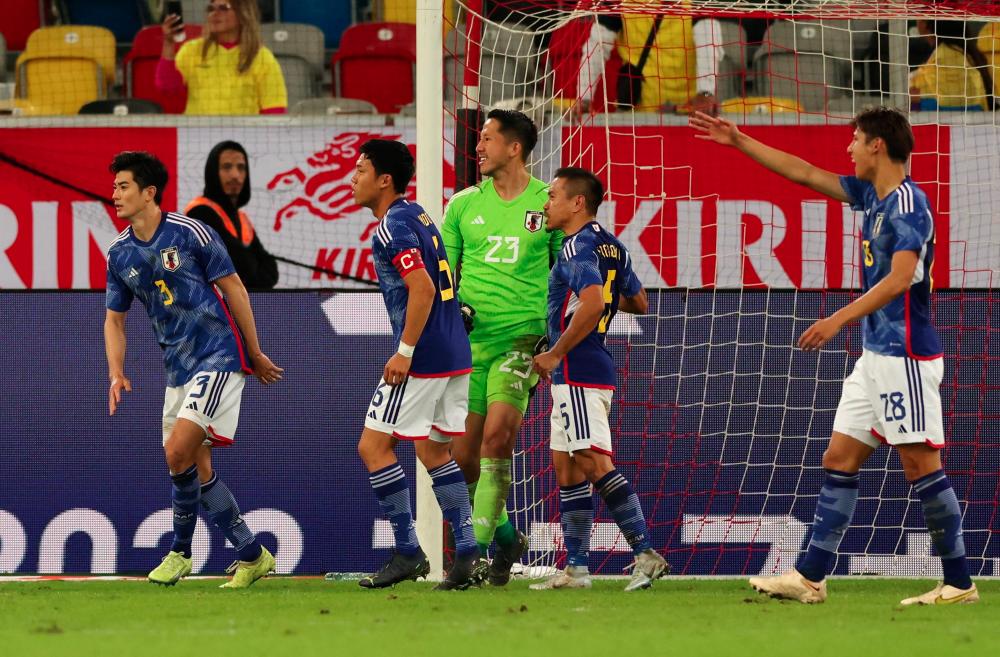 Schmidt reached to his right to keep out Valencia’s spot kick after Michael Estrada had been brought down in the area by Shogo Taniguchi at the end of a disjointed game between the two World Cup qualifiers.

Ecuador will open the World Cup finals against hosts Qatar on Nov. 20 before taking on the Netherlands and Senegal while Japan have been drawn to meet Germany, Spain and Costa Rica.

Moriyasu made 11 changes to the starting line-up that defeated the United States, also in Dusseldorf, on Friday, with Gaku Shibasaki taking over from Maya Yoshida as captain and Schmidt replacing Shuichi Gonda in goal.

Celtic striker Kyogo Furuhashi was denied five minutes before the interval when his weak shot was collected by Hernan Galindez after a mistake in the area from Pervis Estupinan gifted possession to Takumi Minamino.

The Ecuadorians almost took the lead three minutes later through Romario Ibarra, who cut inside before shaping to shoot from the edge of the area.

Ibarra’s attempt was half-blocked by a retreating Ao Tanaka and the shot went past Schmidt, who was relieved to see ball come back off the base of the post before being cleared.

Takumi Minamino was wide of the target early in the second half and Galindez did well to keep out Ritsu Doan’s low curling strike before Estrada was upended in the box by Taniguchi.

Valencia’s right-foot spotkick was pushed to safety by Schmidt, who then frustrated the Fenerbahce striker further when he tipped a headed effort over the bar three minutes later to ensure the game ended in a draw. - Reuters