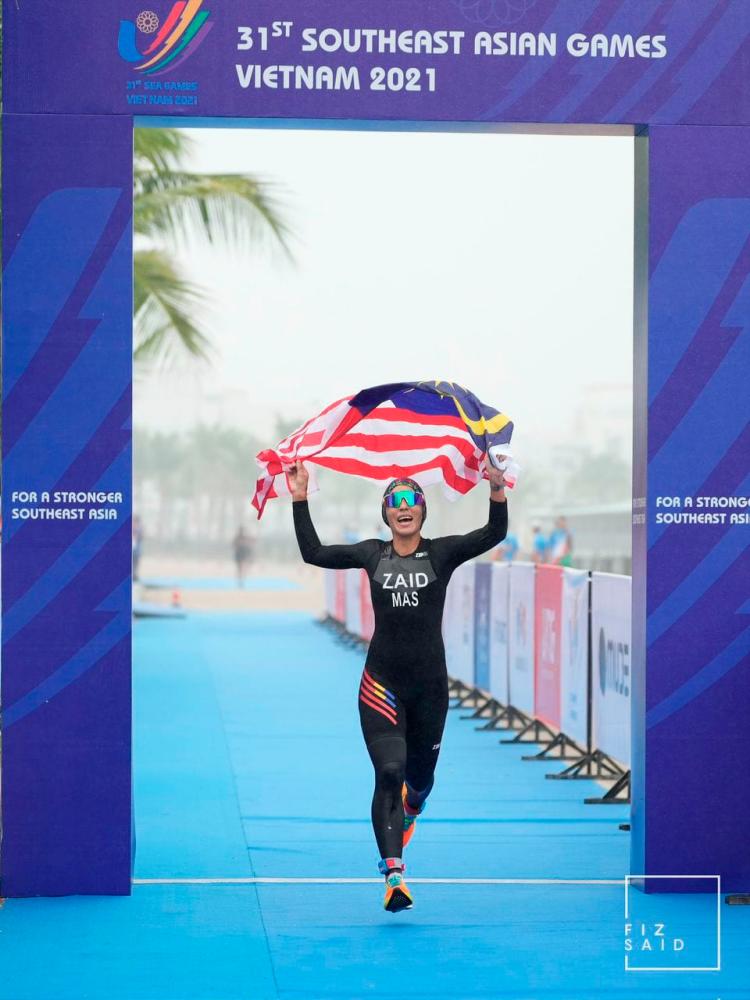 HANOI: National extreme sports athlete and mother-of-four Tahira Najmunisaa Muhammad did well on her SEA Games debut when she clinched the silver medal in women’s duathlon at the Sunset Bay in Tuan Chao, Halong City today.

The 33-year-old Tahira, who is known as an ironwoman for her victories in extreme sports, finished only one minute behind Filipina gold medallist Marion Kim Mangrobang, who clocked 2 hours, 13 minutes and 12 seconds (s).

Tahira was grateful for the silver medal, especially after the various challenges she faced in preparing for the biennial Games.

“It was a very tough journey, more so since I am a mother of four children, so I have to divide my time wisely. So, when I achieve the target I set for myself, I truly feel satisfied. I am also grateful that I did not let anyone down,” she told Bernama.

In men’s duathlon, national athletes Nik Fakaruddin Ismail (2:00.18s) and Muhammad Haziq Junaidy (2:05.03s) finished seventh and ninth respectively in the race that was held at the same venue simultaneously. 4.Gov’t to create various mediums for public to channel information on inflation