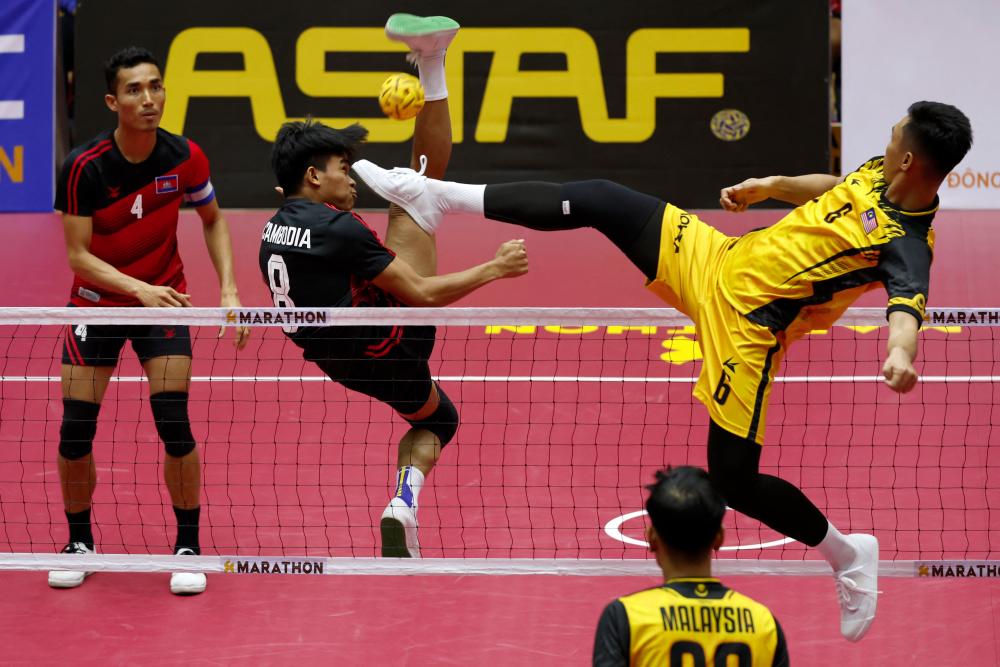 HANOI: After losing to arch-rival Thailand, the national men’s sepak takraw squad bounced back with a 3-0 mauling of Cambodia in the second round robin match for the team regu event in the 31st SEA Games at Hoang Mai Sports Centre here today.

The winning point for Malaysia came from the third regu of Muhammad Haziq Hairul Nizam, Muhammad Asyraf Abdul Hadi and Muhammad Eqbal Shamsudin who defeated the Cambodian regu 21-5, 21-9, thus putting the national team back on track for a silver medal.

Abdul Talib said the victory is important to give the best motivation to the national team when they meet Vietnam in their last match tomorrow.

A win over Vietnam tomorrow would ensure a silver is in the pocket for Malaysia as Thailand are expected to run roughshod over Cambodia in another match.

“In today’s match, I reminded the players to find the match momentum and sharpen their attacks especially after meeting the Thais.

“For the Vietnam encounter, the three regus need to keep up their mental focus,” he told Bernama when met here.

Yesterday, Malaysia opened their campaign in the round robin on the wrong footing after suffering a 0-3 defeat to Thailand at the same venue.

In this regard, Thailand, the defending champions crushed Vietnam 3-0 in another match here. — Bernama