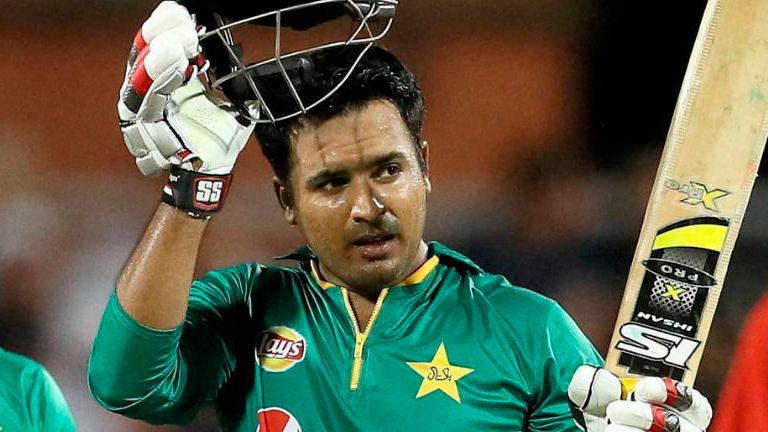 LAHORE: Disgraced opener Sharjeel Khan (pix) has returned to Pakistan's Twenty20 squad for the away series against South Africa and Zimbabwe, four years after being banned for spot-fixing during matches.

The 31-year-old was banned for five years – with half the period suspended – for his part in a gambling fix during the Pakistan Super League (PSL) in 2017.

Although illegal in Pakistan and India, gambling on cricket is widespread, with punters betting on specific outcomes during the game – such as the number of no-balls or wides bowled in a particular over.

This gives individual players the opportunity to "spot-fix" – influencing the lucrative betting market without, supposedly, affecting the overall outcome of the match.

Regarded a top T20 batsman, Sharjeel hit a hundred in the PSL's sixth edition, which was suspended earlier this month after a Covid outbreak among players.

"Sharjeel has shown tremendous form in recent matches and he is someone who can give us robust starts in Twenty20 cricket," chief selector Mohammad Wasim said while announcing the Twenty20, one-day and Test squads in Lahore.

Sharjeel played the last of his 25 one-day internationals in January 2017. He has also played one Test and 15 Twenty20 internationals.

Babar Azam will lead Pakistan in all three formats on tour.

Pakistan will play three one-day internationals in South Africa, starting in Centurion on April 2. The other two matches are in Johannesburg (April 4) and Centurion (April 7).

The teams will also play four Twenty20 internationals after the ODI series.

Ace leg-spinner Yasir Shah will miss the tour as he is recovering from a knee injury.

Shadab was unfit, while Hafeez was unavailable. – AFP