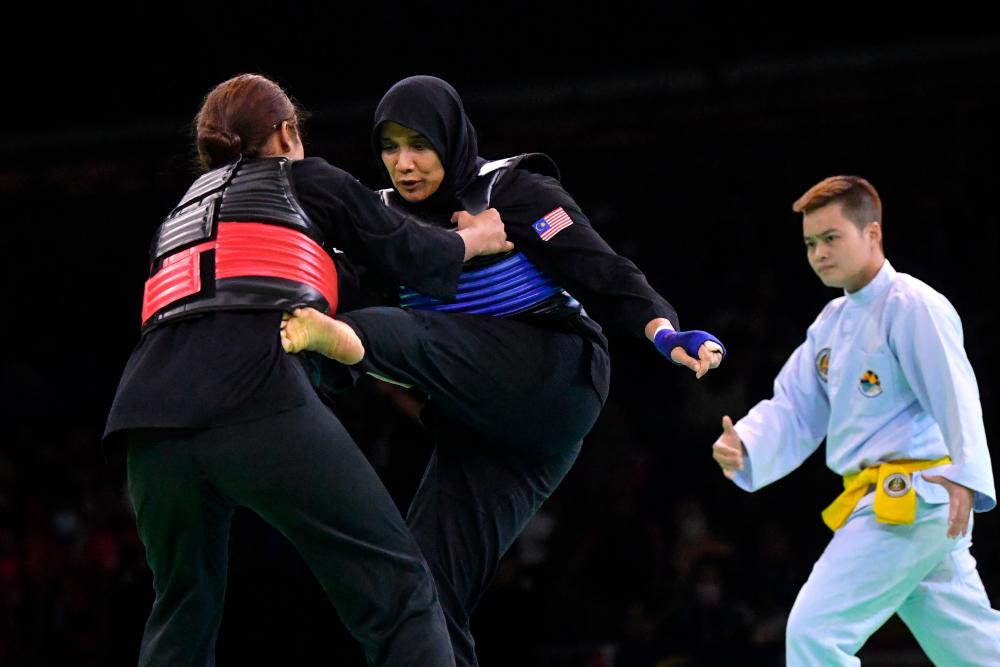 Four-time world champion Siti Rahmah, 35, who is participating in the women’s class F, had a tough time against Singaporean Nur Shaqira Sheik Alau’ddin before winning 38-16.

She will meet Vietnamese Quang Thi Thu Nghia in the finals, having lost to her previously during the Hanoi South East Asian Games.

Meanwhile, Mohd Al Jufferi, who was competing in the men’s class F, had to give his all to beat Algerian Zetout Abdelmalek 48-17.

Luck was not on Malaysian team captain Mohd Fauzi Khalid’s side today as he failed to qualify for the final of the men’s G class and bowed out to Suthat Bunchit of Thailand 86-93.

The finals of the 19th edition will take place tomorrow night. A total of over 500 exponents from 40 countries, including hosts Malaysia, Indonesia, Thailand, the Philippines, Canada and Vietnam have gone head-to-head in this tournament that began on July 26. - Bernama