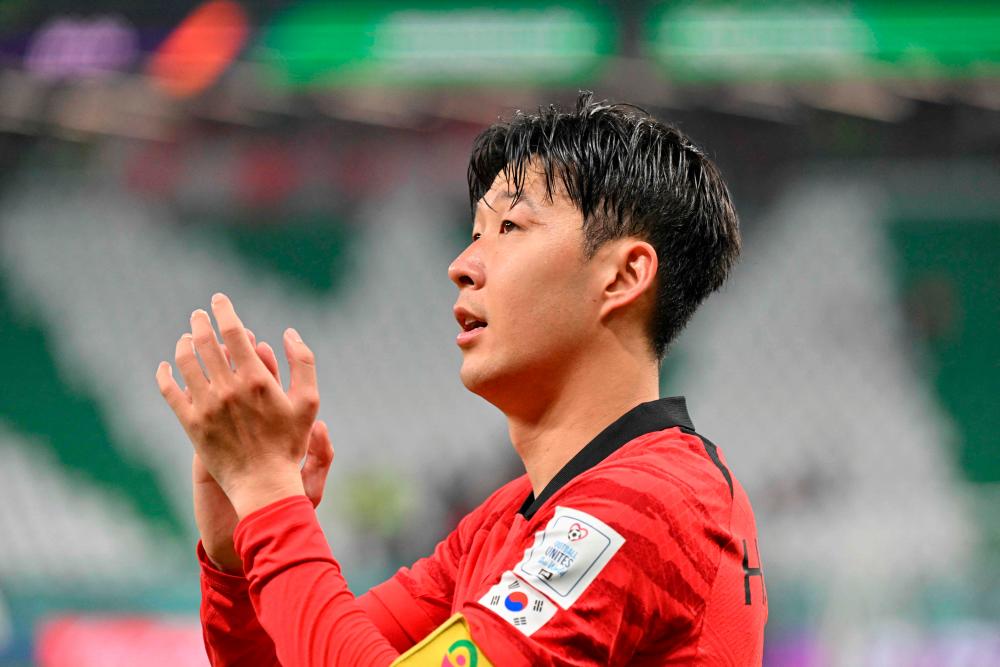 South Korea’s midfielder #07 Son Heung-min celebrates at the end of the Qatar 2022 World Cup Group H football match between South Korea and Portugal at the Education City Stadium in Al-Rayyan, west of Doha on December 2, 2022/AFPPix

The Koreans appeared to be heading out of the tournament in Qatar for much of the game but Hwang Hee-chan's 91st minute winner lifted them to second in Group H, behind Portugal.

They faced a nervous wait on the pitch for Uruguay's match against Ghana to finish. The South Americans won 2-0 but were unable to find the one goal extra they needed, going out on goals scored.

Tottenham striker Son was again not at his best and has still not scored in Qatar, but produced a brilliant assist for Hwang's winner.

“I believe these tears are tears of happiness,“ said Son. “We waited really long for this moment and we as players believed altogether we could do this.

South Korea, who were eliminated in the group stage in 2014 and 2018, have now reached the knockout phase for only the third time in their history.

If Brazil finish top of their group later Friday they will face South Korea in the next round.

“Going into the round of 16 was our goal and now we have higher goals and we will do our best to achieve those goals,“ said Son.

“No one knows the world of football, especially now, and (if) we have a chance to beat Brazil we will do our best and prepare our best game.”-AFP