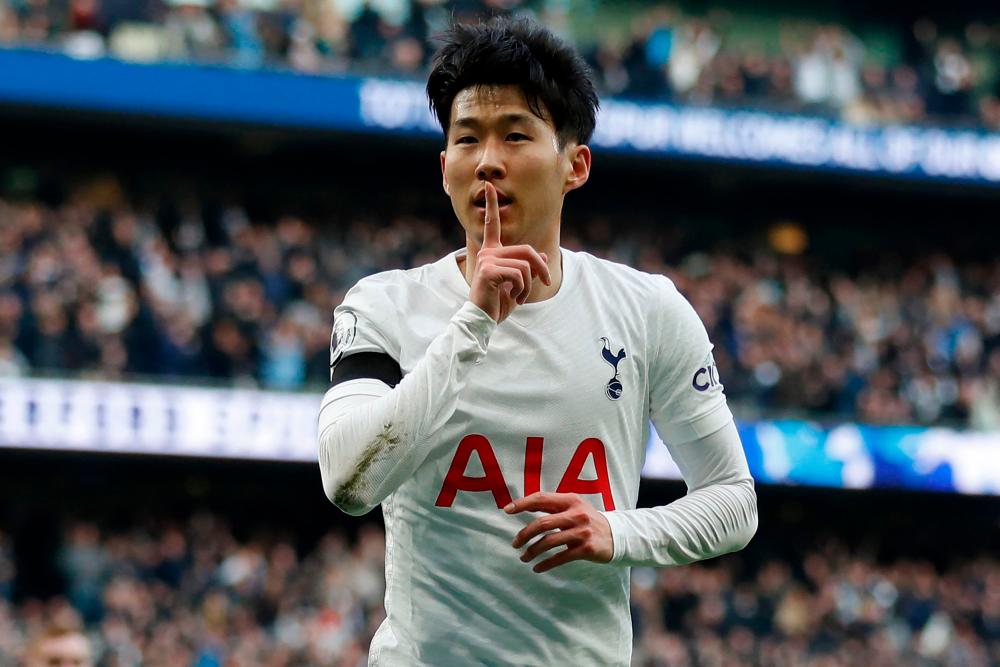 SON HEUNG-MIN has been named South Korea's top athlete for five straight years but he is keen to downplay his star status with his Tottenham Hotspur team mates for fear of having to play tour guide for the entire squad during their pre-season tour.

Spurs begin preparations for the Premier League season with a game against a K League select in Seoul on July 13 before facing Sevilla in Suwon three days later.

The London club enjoy a huge following in South Korea thanks to their Golden Boot-winning forward and while Son is looking forward to the tour matches he thinks he may have a major role to play off the pitch as well as on it.

“I think the lads are mistaken. They think I am some big shot in Korea, and I know all the best restaurants in the country,“ Yonhap News quoted Son as saying on Monday.

“But since they’re going to be visiting Korea, I will pick up the tab.”

Son scored 23 Premier League goals to share the Golden Boot award with Liverpool's Mohamed Salah last season and the 29-year-old thanked his team mates for their belief in him.

“It was such a happy moment,“ Son said. “My team mates supported me a great deal ...

“Every time I scored, (Eric) Dier would tell me, ‘the Golden Boot is yours’. I was too far behind Salah at the time. I said, ‘What are you talking about?’

“But then as I started closing the gap, my team mates said they were getting excited too.”