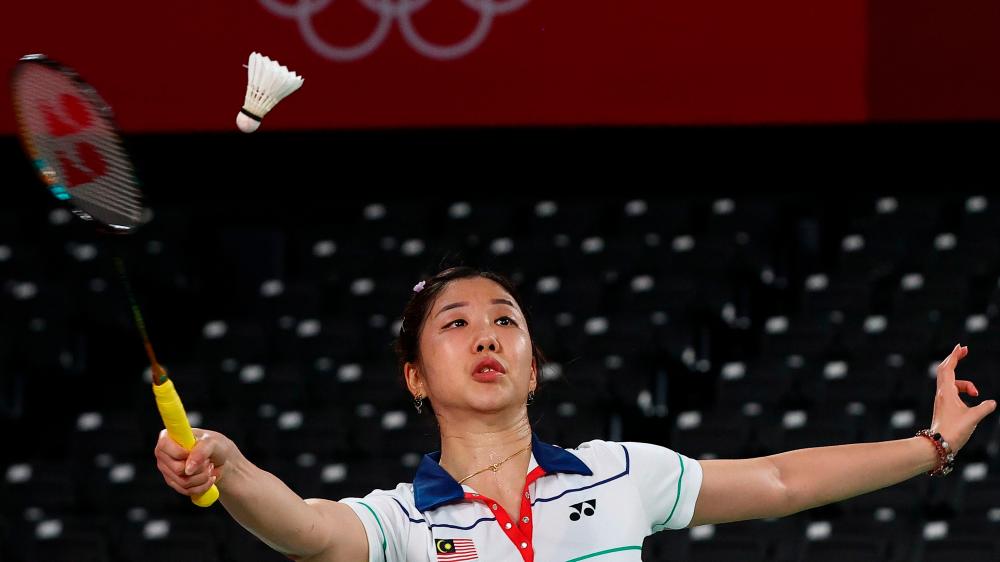 TOKYO: National women’s singles ace Soniia Cheah Su Ya gave it everything she had against world number six Ratchanok Intanon of Thailand, but it still wasn’t enough to prevent her from making an early exit from the Tokyo Olympics today.

Soniia, 28, who received a walkover from Hungary’s Laura Sarosi in her first Group N match on Tuesday (July 27), knew she had to beat Ratchanok to advance to the quarter-finals but she found the Thai a tough nut to crack.

Despite winning the opening game, Soniia, who is making her Olympic debut, succumbed 21-19, 18-21, 10-21 in 61 minutes at the Musashino Forest Sport Plaza here.

Soniia, thus, becomes the third representative from the national badminton camp to miss out on the quarter-finals in the Tokyo Olympics after the mixed doubles and women’s doubles pairs had also failed to get past the group stage.

This was also Soniia’s fifth defeat from five outings on the international arena this season.

Meanwhile, national men’s singles ace Lee Zii Jia will resume his medal pursuit as he seeks to qualify for the quarter-finals when he takes on Frenchman Brice Leverdez in a must-win final Group M match at 8.40 pm local time (7.40 Malaysian time) today.-Bernama