Spezia strike at the death to stun title-chasing AC Milan 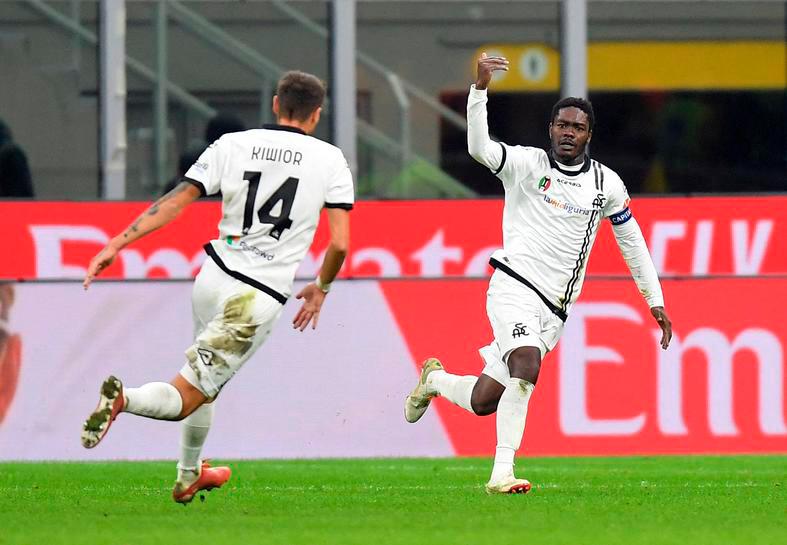 In-form Milan winger Rafael Leao put his side in front at the end of the first half after Theo Hernandez missed a penalty, but the visitors struck back through substitute Kevin Agudelo.

Junior Messias thought he had won it for the hosts when he curled home in stoppage time, but the referee’s whistle had already sounded for an earlier foul, and Spezia then hit on the break to win it at the death.

It was a missed opportunity for Stefano Pioli’s side, who went into the game knowing a win would send them top, but remain two points behind leaders Inter Milan, who have a game in hand.

Third-placed Napoli narrowed the gap to the top two as Hirving Lozano scored twice in a 2-0 win at Bologna, leaving Luciano Spalletti’s side two points behind Milan. — Reuters