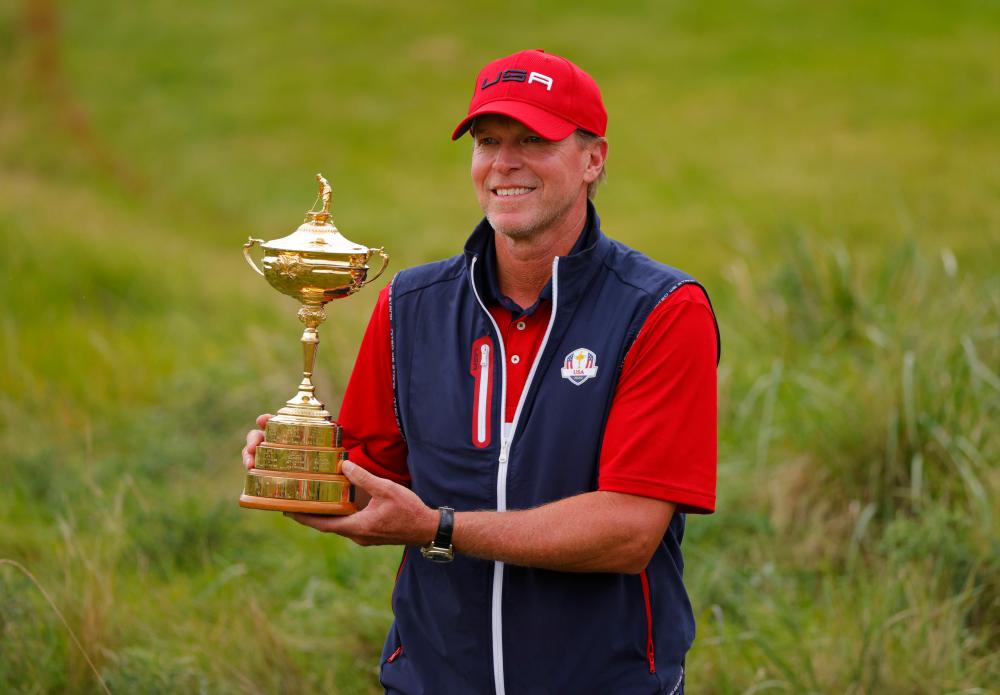 WISCONSIN: Captain Steve Stricker (pix) used long-time rivals Brooks Koepka and Bryson DeChambeau as examples of how the 12-man Team USA roster came together for a dominating 19-9 win over Team Europe in the Ryder Cup.

“They had a mission this week and you could tell, they played great and they came together,” Stricker said of his team. “I mean, Brooks and Bryson wanted to play together; that’s how much it came together. That shows a lot about this whole team.”

While DeChambeau continued to be a polarizing showman, from needling the Europeans for not conceding a short putt on Saturday to driving the par-4 first hole to begin Sunday’s win over Sergio Garcia, he stayed true to his word when it came to putting his team first.

DeChambeau stirred the pot about a potential pairing with Koepka during the week by saying “I think there may be something fun coming up here moving forward.”

Whether he was referring to playing with Koepka during the group rounds remains unknown, as Stricker ultimately did not pair the two. DeChambeau played with Scottie Scheffler in two four-ball matches and Koepka played foursomes with Daniel Berger.

But the captain saw the ability for DeChambeau and Koepka to put aside their differences as one of many examples of his team coming together for a common goal, which resulted in a rout of Team Europe.

“Speechless,” Stricker said when asked about his emotions. “Everything about it. These guys all came together. Two weeks ago they came together. Showed me a lot about this group of guys.

And that’s when the emotional Stricker teared up during his post-match interview. – Field Level Media