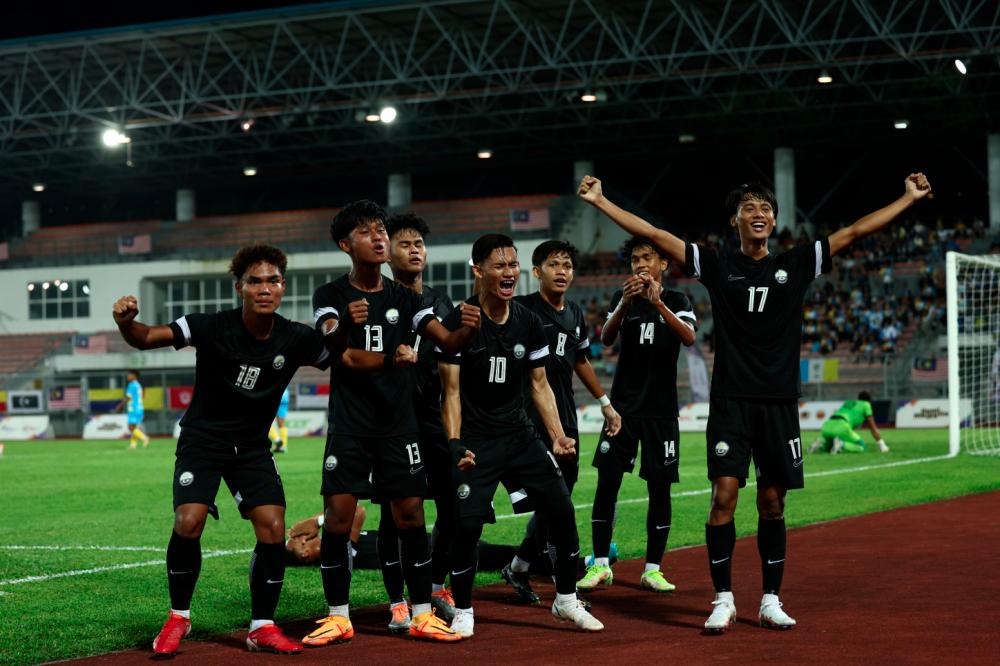 KUALA LUMPUR, 23 Sept - The Terengganu squad celebrating their triumphant match after scoring a goal against the Pulau Pinang squad at the final round of the football competition at the 20th Malaysia Games (Sukma) held at Kuala Lumpur Stadium - BERNAMAPIX

KUALA LUMPUR: Terengganu finally ended their 12-year wait when they beat Penang 2-0 in the men’s football final of the 20th Malaysia Games (Sukma) at the Kuala Lumpur Football Stadium in Cheras tonight.

Penang then tried to equalise, but a close-range shot by Muhammad Khairul Ikram Zulkefly sailed directly into the arms of Terengganu’s alert keeper. As the first half drew to a close, Terengganu almost pulled ahead but Ahmad Aqil Asyrah failed to beat the rival keeper.

Both teams played well in the second half, and Terengganu’s defence, led by Muhammad Safwan, absorbed Penang’s repeated attacks. Luck, however, favoured Terengganu tonight when an own goal by Penang’s Muhammad Aidil Azuan in the 84th minute put the match beyond the northerners’ reach.

Speaking to reporters after the match, Badrul Afzan said he was satisfied with the team’s overall performance even though he had only brought 21 players to Sukma.

“I reminded the players early on that our target was to qualify for the quarterfinals, then take it step by step. Beginning with the match against Sabah, Kelantan, Perlis, Selangor and now Penang, we’ve gone through it together.

“Overall I’m very proud of my players and these are future players to be developed for Terengganu FC 2 next year,” he said.

Terengganu’s gold medal is their fourth Sukma gold after accomplishing a golden hattrick in the 2006, 2008 and 2010 editions. - Bernama