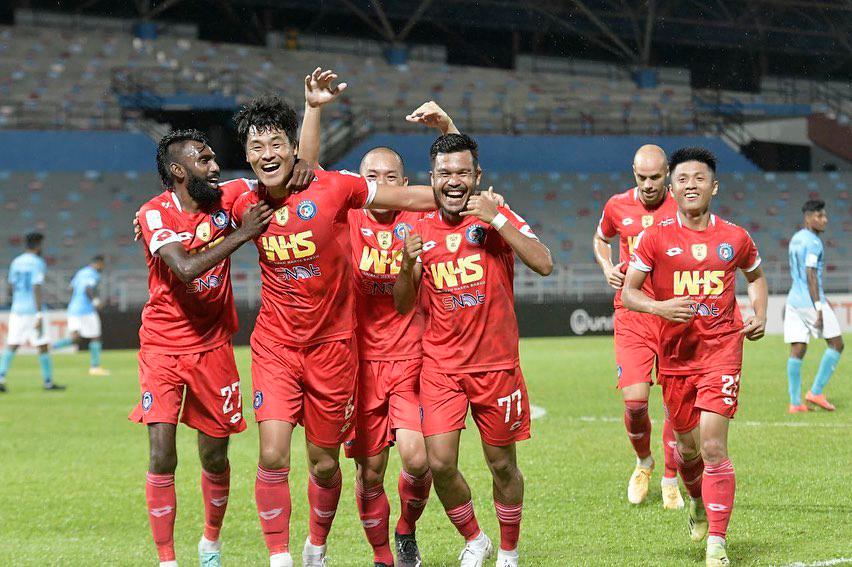 Many local football fans were full of praise for the 35-metre ‘rocket’ that Tae-su blasted in, saying such an effort is hardly seen in domestic football.

Tae-su’s screamer in the 20th minute also impressed world football governing body FIFA, who tweeted: “Take a bow, Park Tae-su! There’s nothing like a 40-yard rocket hitting the crossbar on its way into the net. One for the @SabahFCofficial history books.”

A video clip of Tae-su’s wonder goal was also shared on the Twitter account of the Bleacher Report website, which focuses on football and sports culture, garnering 5,700 retweets and over 13,500 ‘likes’ so far.

Mohd Faiz Subri, who won the 2016 FIFA Puskas Award for the most beautiful goal of the year, said such stupendous goals would indirectly inspire their teammates to raise their performance.

“All goals have their own uniqueness and qualities. Each goal that is considered a wonder strike can surely have a positive impact on the team’s performance because it will act as motivation for all the players to go on and score more goals,” he told Bernama when contacted today.

Mohd Faiz created a sensation when he became the first Asian player to lift the Puskas Award after his wonder goal helped Penang beat Pahang 4-1 during a Super League match in February 2016.

In the Malaysia Cup Group D clash at the Petaling Jaya City Council Stadium yesterday (Sept 27), the 31-year-old Tae-su’s 20th-minute goal was cancelled out by PJ City’s Darren Lok in the 80th minute as both teams settled for a 1-1 draw.

Sabah FC, who finished ninth in the season’s Super League, are in third spot in Group D with one point after the opening round of matches.- Bernama

3.UK police probe MP murder as suspect said to be on ‘de-radicalisation’ scheme

4.Although there is room for improvement, many find app beneficial and convenient, gives accurate Covid-related news

5.MOE in talks with MOH on Form 5 students’ school attendance