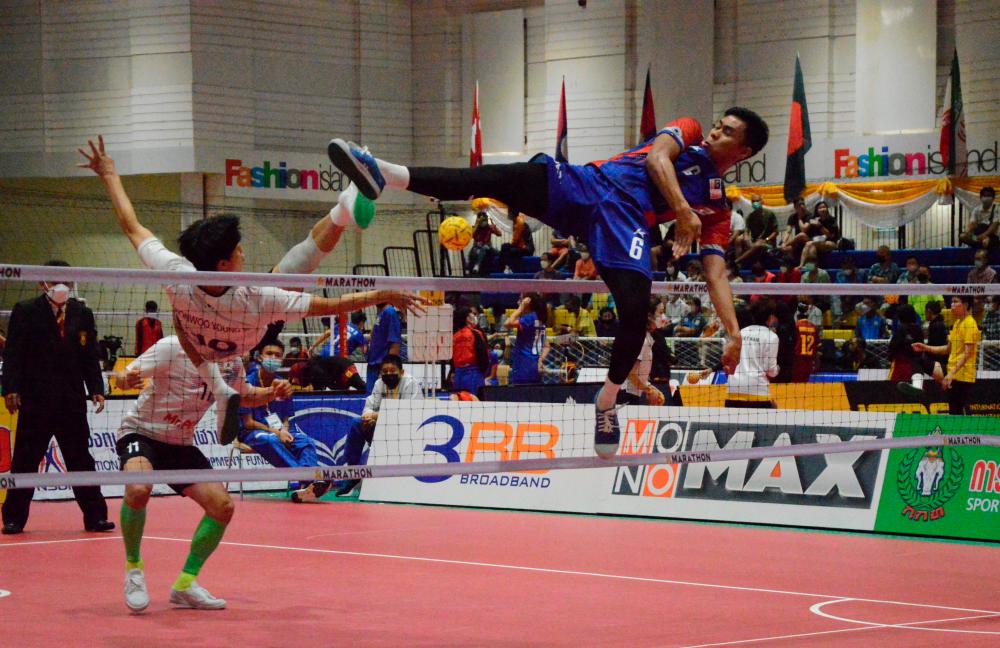 BANGKOK: Malaysia crashed out in the semi-finals of the men’s regu event after losing 2-0 to Thailand in the 35th Thai King’s Cup World Sepak Takraw Championships here today.

The changes, however, made no difference as the Thais prevailed 21-10, 21-16 to hand Malaysia the disappointment of another semi-final exit.

On Tuesday (July 26), Zulkifli Abd Razak, Muhammad Afifuddin Mohd Razali and Amirul Zazwan Amir suffered the same fate when they lost 2-0 to the home team in the semi-finals of the inter-regu event.

“We do know the strength of the Thai team in sepak takraw, but our players put up a fierce competition in today’s semi-finals.

“We managed to take them to a tie-break in the first set of the first regu but our players made a few mistakes towards the end of the match and this allowed the Thais to win 21-13, 22-20,“ national coach Mohd Rashidi Nordin he told Bernama.

Tomorrow, the national sepak takraw squad will take on Laos in the men’s regu final. - Bernama