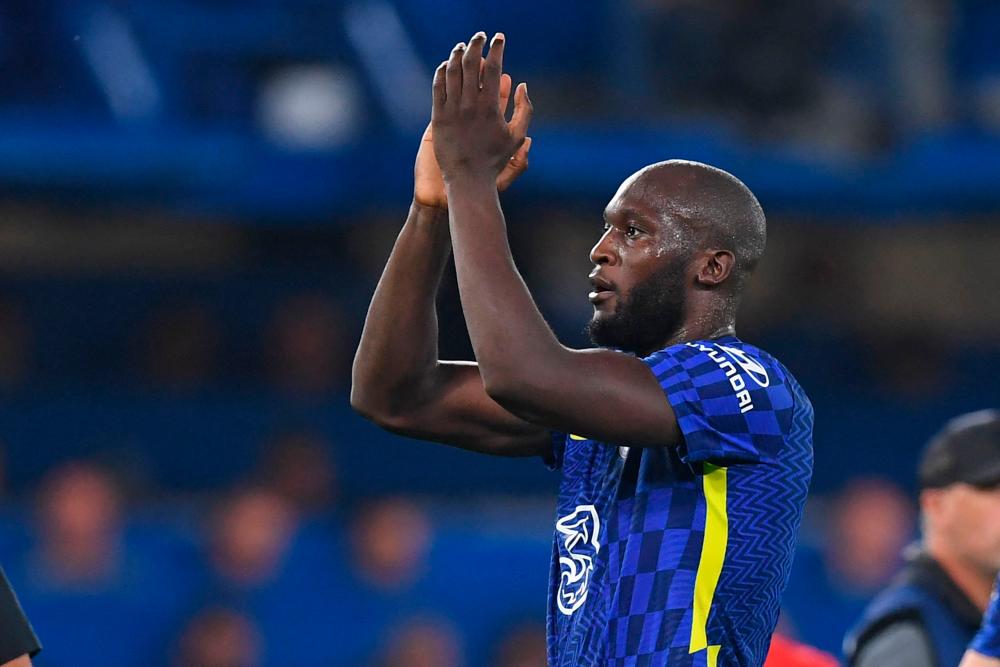 LONDON: If justification were needed for Chelsea’s decision to spend £97 million (RM556 million) to bring Romelu Lukaku (pix) back to Stamford Bridge, the Belgian provided it with a master striker’s goal on Tuesday.

In their first game in the competition since winning the Champions League against Manchester City in May, Chelsea were being frustrated by a well-drilled Zenit St Petersburg.

With little over 20 minutes remaining Chelsea skipper Cesar Azpilicueta delivered a peach of a cross towards Lukaku and the Belgian speared his header past keeper Stanislav Kritsyuk.

It was Lukaku’s fourth Chelsea goal since joining from Inter Milan and offered further evidence that he could be the key part of manager Thomas Tuchel’s jigsaw this season.

“It was an excellent header, a well-timed cross by Azpilicueta,” said German Tuchel, who has transformed Chelsea since replacing Frank Lampard in January.

“That’s why he is here. He likes to score and he’s decisive for us.”

Tuchel can often be an animated figure on the touchline but he was calm throughout Chelsea’s opening Group H clash even when his side were struggling to open up the resolute Russians.

Chelsea did not have a shot on target in the first half but picked up the pace after the break.

“It was not frustrating. It was tough against very strong opponents. We had to work really hard. I felt a huge intensity from us which we brought to the game,” Tuchel said.

“We struggled a bit to create chances and shots in the first half. In the second half it was a bit easier to find spaces and shoot. It was a deserved win. Hard earned. It took us a while to make them tired but I liked what I saw.”

While it was not a dazzling display by Tuchel’s side, it was a 23rd clean sheet since he took charge – more than any other team in Europe’s top five leagues in the same period.

And it showed that when they are not firing on all cylinders they can grind out wins – especially with a poacher like Lukaku offering an old-fashioned route to goal.

“The performance from Romelu was not easy. We didn’t create many chances for him, we did not create many deliveries. But he’s the type of guy who doesn’t lose confidence and belief. And that is why he is here and makes him a world-class striker,” he said.

“It’s not the only talent he brings, he brings belief and he takes the pressure off the shoulders of other guys around him.” – Reuters

3.Special body must be set up to address issue of rising chicken prices - Kiandee