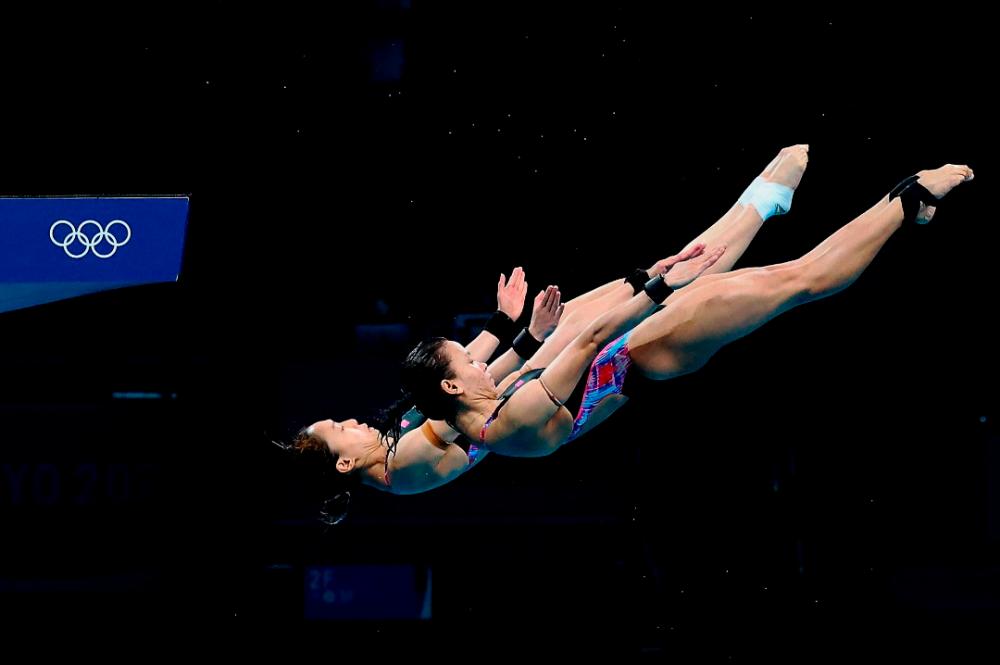 TOKYO: Many were counting on divers Pandelela Rinong-Leong Mun Yee to deliver Malaysia’s first medal at the 2020 Tokyo Olympics but the duo’s quest fell flat when they could only finish eighth - and last - in the women’s 10m platform synchronised final at the Tokyo Aquatics Centre here today.

The experienced duo began well, scoring 50.40 points to be placed second after the first dive. But, as the session progressed, the Malaysian duo’s performance took a nosedive, especially in their last three attempts and, eventually, they could only accumulate 277.98 points from five dives.

What makes today’s capitulation all the more difficult to take is that Pandelela had won silver in this event at the 2016 Rio Olympics with Cheong Jun Hoong.

Diving powerhouse China continued their dominance in the event as Zhang Jiaqi-Chen Yuxi took the gold medal after scoring 363.78 points. China have won every synchronised event gold medal since its introduction at the 2000 Sydney Olympics.

Pandelela, 28, who is competing in her fourth straight Olympics since making her debut at the Beijing edition in 2008, became the country’s first diver to win an Olympic medal when she bagged the 10m platform individual bronze at the 2012 London Games.

Mun Yee, 36, who is also in Tokyo for her fifth Olympic appearance since making her debut at the 2000 Sydney Games, has won medals in almost all international competitions. Only the Olympic medal has eluded her, thus far.