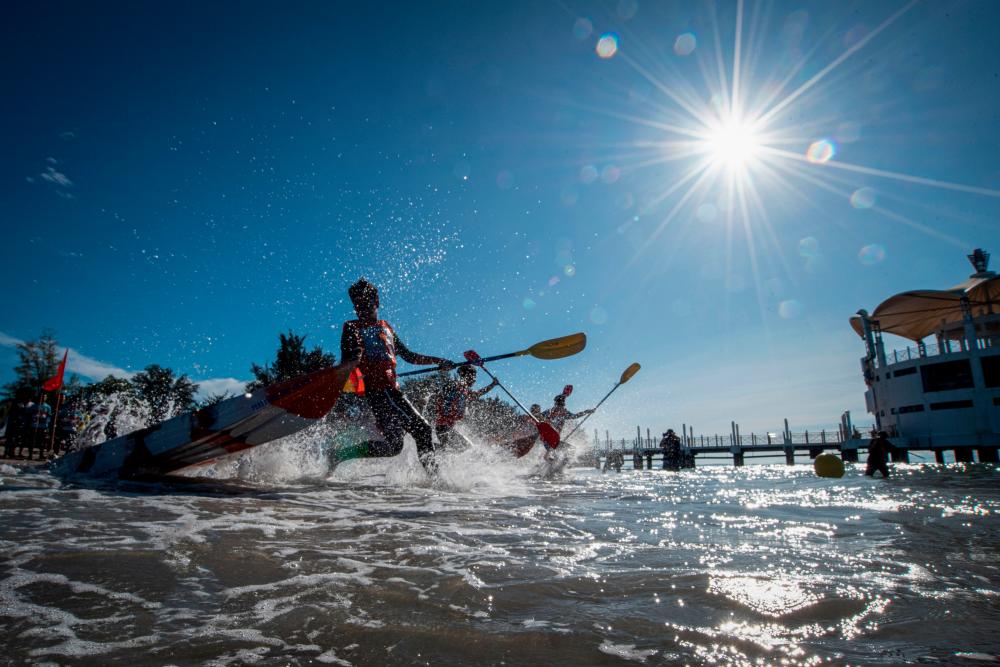 LABUAN: The most challenging part about racing at the Labuan’s International Sprint Kayak Challenge today was not necessarily the other paddlers, it was the swirling winds of up to 14.km per hour and waves of up to five metres high that made navigating the competition tougher.

“It’s very difficult to manage winds like today’s competition, but we are glad to see the sporting spirit and enthusiasm among the athletes battling against the hot weathers and sea condition.

“It takes incredible focus and determination, but above all it takes mental and physical strength...It is quite a disappointment to have such weather conditions at this championship, nevertheless, it is part of the sport, and the athletes must be prepared for it,” said its organising chairman Rithuan Ismail.

Rithuan who is also Labuan Corporation acting chief executive officer noted that it was particularly challenging for kayakers to steer their boats when the winds are blowing so strongly from one side.

“I believe they just have to keep their kayak within the designated circle and like today’s is a huge challenge, so they all deserve a lot of credit for that,” he said.

The prize presentation for the tournament, which is divided into various categories, will be held during a dinner at Plaza Berpayung at the complex, tomorrow (June 3). - Bernama