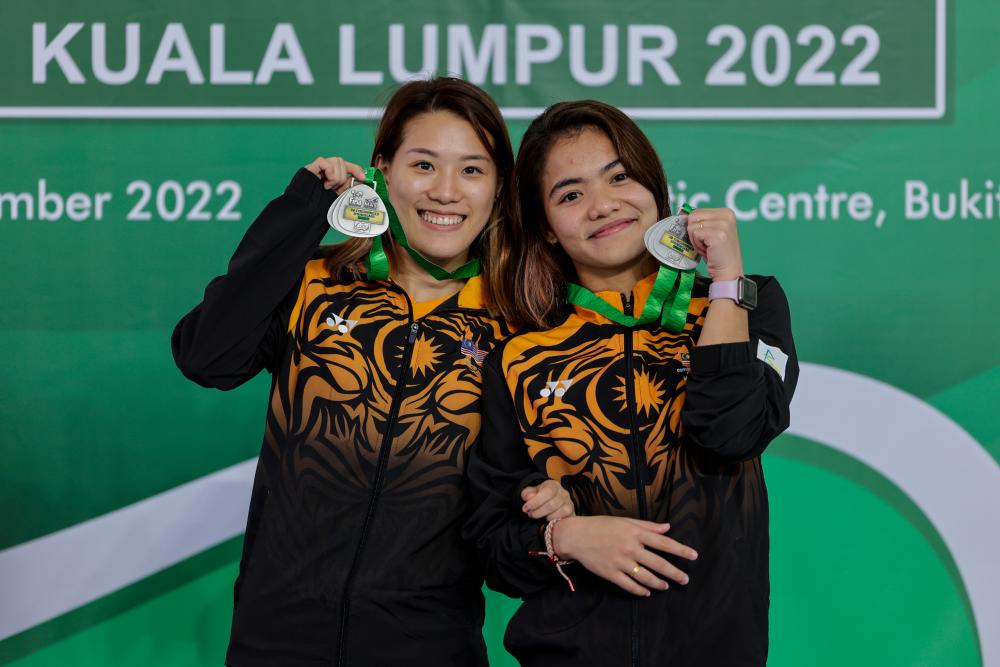 Speaking to Bernama after the medal ceremony, she expressed her satisfaction that all her hard work paid off even though she had only undergone intensive training for the tournament a week ago.

“I am very happy but to be honest it’s tiring because it’s my first time competing in three events in a day and I’m just recovering from back injury. A month ago, I didn’t train much just a week before the competition I went all out.

“....and actually there is pressure even though in two events there were no contenders from other countries, but we have to do everything as normal. Alhamdullilah everything when well today although I still have a back injury and Muhammad Syafiq has just recovered from dengue,” Nur Dhabitah said.

Meanwhile, Muhammad Syafiq was thankful that he could perform well even though he had just fully recovered last Monday (Nov 21).

“I’m really very happy, because this was a last minute decision made together with Nur Dhabitah. I want to continue this because performing at home is a different thing and Alhamdullilah we got the gold today,” he added. - Bernama