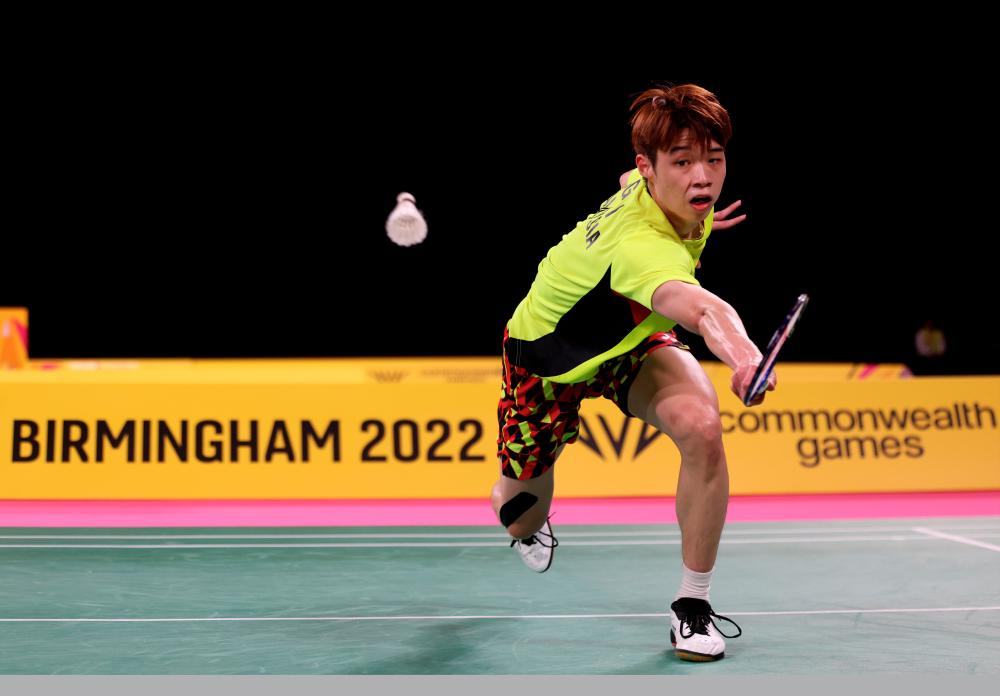 National singles player Ng Tze Yong in action against India's Srikanth Nammalwar Kidambi in the badminton semi-finals at the Birmingham 2022 Commonwealth Games at the NEC Hall on Sunday.BERNAMAPIX

Having succumbed to Tze Yong 19-21, 21-6, 16-21 in the second match of the mixed team final on Tuesday (Aug 2) as Malaysia reclaimed the gold medal by beating India 3-1, Srikanth again found the world number 42 a tough nut to crack at the National Exhibition Centre Hall 5 here today.

Tze Yong endured a shaky start as Srikanth shot off the blocks to claim a 21-13 win, leaving the Malaysian wondering what had hit him.

But Tze Yong is made of sterner stuff these days.

Having stunned reigning world champion Loh Kean Yew of Singapore 15-21, 21-14, 21-11 in the quarter-finals, Tze Yong and Srikanth fought neck-and-neck in the second game before the Malaysian prevailed 21-19 with some delicate net play.

The 22-year-old Malaysian then proved why he is the “comeback king” of the Games when he completed a brilliant turnaround by dominating Srikanth from start to finish in the decider for a 21-10 win to set up a title showdown against another Indian player - world number 10 Lakshya Sen.

Commenting on the game, Tze Yong admitted that he was let down by his weak mental approach in the first game, which saw him lose easily to Srikanth before he managed to regain composure to earn his second win in a row against the Indian shuttler here.

“I am quite surprised to have beaten Srikanth but I was aware that he was under pressure as he had lost to me in the mixed team final the other day... I took to the court as the underdog,” he told Bernama.

Asked to comment about the final, the highly-spirited Tze Yong feels that he won’t have any pressure on him against Sen, adding that winning the gold would be an extra bonus.

Today’s result also means that Tze Yong will have a shot at defending the men’s singles gold after Malaysian badminton great Datuk Lee Chong Wei was crowned champion in the 2018 edition in Gold Coast, Australia. - Bernama