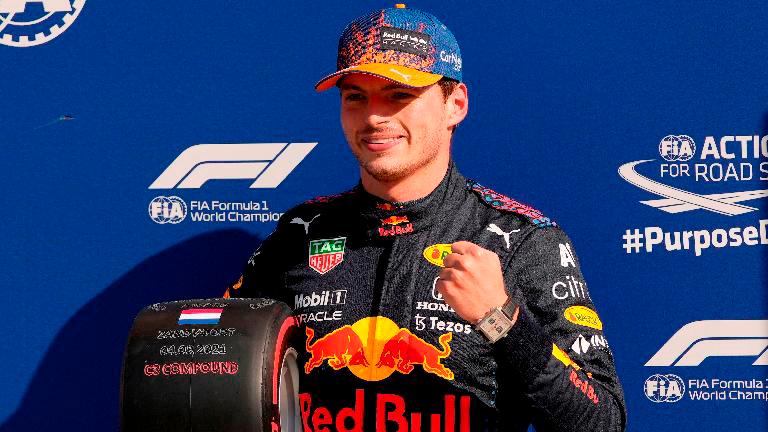 SILVERSTONE: One year on from a painful crash, Max Verstappen(pix) returns to Silverstone as clear favourite to register his first British Grand Prix win and increase his lead in the title race.

The 24-year-old Dutchman and his Red Bull team are on the crest of a wave after six consecutive victories; one from team-mate Sergio Perez in Monaco and the rest by the world champion.

But he may be wary of home hero and seven-time champion Lewis Hamilton mounting more of a challenge at the open and high-speed track in central England.

After 10 races without a win, the 37-year-old Mercedes driver is seeking to avoid the longest winless sequence in his Formula One career.

Despite the shortcomings of his capricious bouncing Mercedes, Hamilton finished third in Canada two weekends ago. On Sunday, Hamilton will have a partisan crowd, expected to top 140,000 behind him.

In last year’s contest, the pair tangled on the opening lap in a controversial and spectacular collision that stoked ill-feeling between them, and their teams, in a season that ended with the acrimonious finale in Abu Dhabi.

After crashing at Silverstone, Verstappen was taken to hospital with severe bruising as Hamilton raced on to claim a record eighth home triumph. Red Bull complained that his post-race celebrations were unsporting.

“Hopefully we can be competitive and gain some form of redemption for last year,“ said Red Bull team chief Christian Horner.

Verstappen may not have won a British Grand Prix, but he won the ‘Anniversary’ event held at Silverstone in 2020 and last year’s sprint race.

Calmer and more calculating than early in his career, he will try to avoid further trouble and win without fuss.

His team’s main challenge this weekend is likely to come from Ferrari’s Charles Leclerc and Carlos Sainz, who were faster in Montreal but unable to make it pay.

Mercedes have promised “some new bits” for their cars at their ‘home’ race and, after nine top-five finishes, Russell should not be overlooked as a contender.

On a normal race weekend, Hamilton would always attract great interest, but at Silverstone that is magnified, especially after comments made by three-time champion Nelson Piquet were reported this week, resulting in an apology from the Brazilian amid claims of racism.

Hamilton also remains embroiled in a row over the sport’s newly-enforced ‘bling ban’ and has to remove a nose stud ahead of this weekend’s race when an extended special exemption expires on Thursday.-AFP