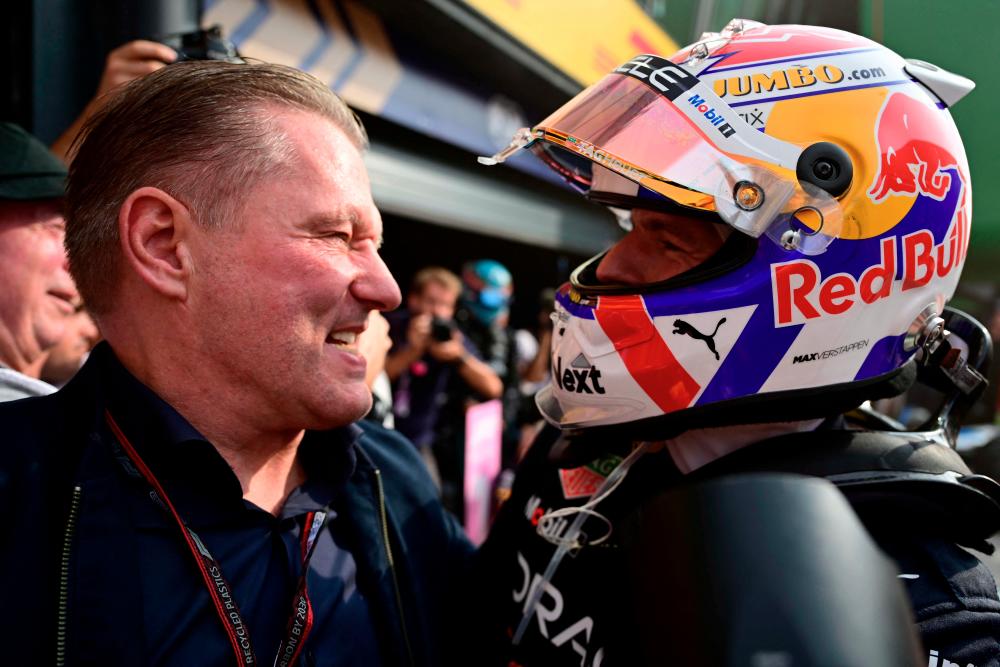 BEIJING: Max Verstappen overtook Lewis Hamilton to score his 10th win of the 2022 F1 season and the 30th of his career in Sunday’s Dutch Grand Prix, reported Xinhua.

The Dutchman had led away from his pole position but came under threat from the Mercedes pair of Hamilton and George Russell, who appeared to be aiming to run the race with only one pit stop rather than two.

After losing the lead to the Mercedes pair on Lap 18, Verstappen was back in front by Lap 30 but knew he had to make another stop later in the race for a different tyre compound.

However, his task was made easier by the introduction of the Virtual Safety Car on Lap 47, which was deployed to clear Yuki Tsunoda’s stricken AlphaTauri, with the Japanese complaining of a fault at the rear of his car.

This allowed Verstappen to make his pitstop without losing the lead, but he and several others were back in the pits just a few laps later, when Valtteri Bottas stopped his car on the start-finish straight to bring out the Safety Car.

Verstappen’s third stop saw him drop to third behind the two Mercedes, but with the cars order to travel through the pitlane, second-placed Russell requested to stop for new Soft compound tyres, complaining that his aging Medium rubber was going off.

This promoted Verstappen into second place, and with Hamilton one of the few drivers still on used Medium compound rubber, the Briton was a sitting duck when racing resumed, with Verstappen overtaking him at the first opportunity around the outside of Tarzan corner.

From then on, the Dutchman was never headed as he cruised to his 10th win of a dominant season ahead of a partisan home crowd of 105,000.

“We had to push the whole race,“ said Verstappen, who also took home the bonus point for Fastest Lap. “Of course with the Virtual Safety Car, making the right calls is always a bit of a question mark, but it worked out really well once we got back to the soft tyres. We had great pace again.

“I had a good run in the restart (after the full safety car period), we had a bit more top speed and that helps to attack into Turn 1 and from there onwards we had really good balance in the car again.

“It’s always special to win your home Grand Prix, this year I had to work for it even more. An incredible weekend.”

Behind Verstappen, Russell equalled his best ever finish with second place, with the podium rounded out by Ferrari’s Charles Leclerc, who lost time relative to the others when he pitted just before the deployment of the VSC.

An angry Hamilton ended the race in fourth, clearly unhappy at Mercedes’ decision to pit Russell and promote Verstappen into second place before the Safety Car restart.

Lando Norris was seventh for McLaren, ahead of Leclerc’s teammate Carlos Sainz, who dropped three places after a time penalty for an unsafe release at a pitstop.

Verstappen’s win moves him onto 310 points at the top of the Drivers’ Championship, 109 points ahead of Leclerc and Perez, with the Ferrari driver ahead thanks to winning three races to Perez’s one.

In the Constructors’ Championship, Red Bull now have 511 points. Ferrari stay second with 376, and Mercedes remain third with 346.

The 15th round of the 2022 F1 season is the Italian Grand Prix at Monza next Sunday, September 11. - Bernama