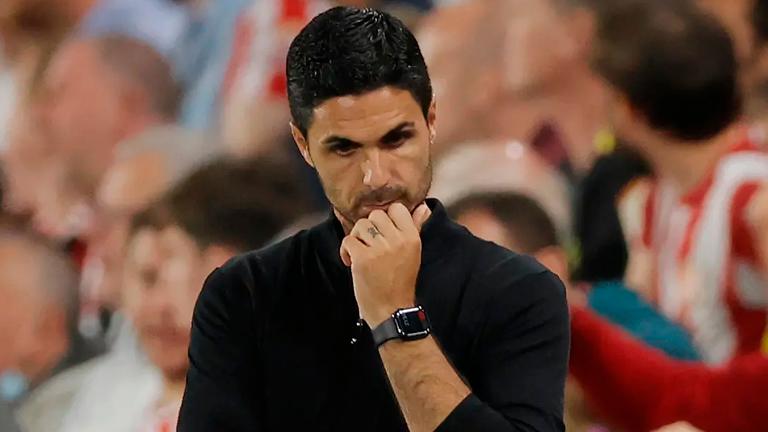 LONDON: Arsenal manager Mikel Arteta (pix) said he will use the pain of his team’s lack of involvement in European competition this season as motivation to avoid being in the same situation next year.

Arsenal finished eighth in the Premier League last campaign, failing to qualify for Europe for the first time since 1995.

Arteta said it was difficult to watch this week’s European games without Arsenal, adding that he would use it as a catalyst to guide the club back to that level.

“In the past few days it was hurting to put the television on and see those teams in there and not see Arsenal there, it was painful,” Arteta told a news conference on Thursday.

“I don’t want to be sitting with Arsenal out of those competitions. We have the focus and the trigger is there.”

Arsenal, currently 16th in the Premier League, picked up their first win of the season last weekend against Norwich City and will travel to Burnley on Saturday, who are without a win this season.

Arteta will be unable to call on Granit Xhaka, who will serve the second match of his three-match suspension after his red card against Manchester City last month, while defender Rob Holding and midfielder Mohamed Elneny will miss out with injury.

After enduring a tough start to the campaign and losing their first three games, Arteta said he can see light at the end of the tunnel.

“I’m very positive most of the time,” he said. “There can be bumps in the road within that light, but I can see a lot of light.

“Now we have to put a run together. We know how much we need the results, and the performances will lead to that. What we have to do against Burnley, we are much closer to achieving that.

“We had a good week to prepare for the game, the challenge is going to be big because it is one of the toughest places to go to in the Premier League. We are ready for it.” – Reuters

Mentality again an issue for Dortmund after Ajax demolition

I was sad after reading Bruce’s statement: Arteta

2.Mentality again an issue for Dortmund after Ajax demolition

5.I was sad after reading Bruce’s statement: Arteta