Wei Lun calls on PwDs to dare to try 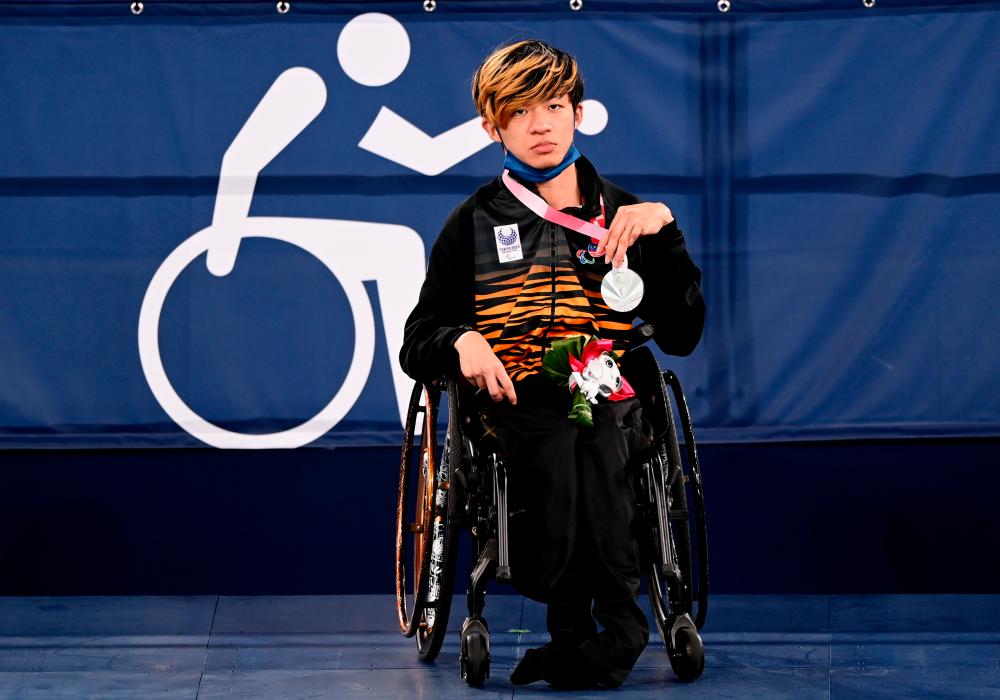 SEPANG: National boccia hero Chew Wei Lun (pix), who pulled off a surprise silver medal win in the BC1 mixed individual event (physical impairment) category at the Tokyo Paralympic Games, called on people with disabilities (PwDs) not to be afraid to try.

Wei Lun, who is ranked 11th in the world and fifth best in Asia, said to achieve something in life, every individual should be bold enough to try.

“Hopefully they can give themselves a chance, who knows one day they can succeed, get a medal too, who knows?,“ said the 26-year-old Johor-born athlete.

He said this when asked to give a message to PwDs who face different life challenges in an effort to succeed, at a press conference to celebrate the return of a batch of Malaysian athletes who competed in Tokyo, at the KL International Airport (KLIA) here on Friday.

If having born as a PwD was already unfortunate, Wei Lun was dealt a double blow when he was abandoned by his mother at the age of four and thereafter was taken care of by his grandfather before being sent to a nursing home for PwDs at the age of nine, according to https://olympics.com/tokyo-2020/paralympic-games/ en/results/boccia/athlete-profile-n1392757-wei-lun-chew.htm.

However, with high determination and the spirit of not giving up easily eventually led to the historic success in Tokyo. He even made history as the first Malaysian athlete to compete in the sport of boccia on the Paralympic stage.

Meanwhile, Wei Lun said he could not believe that his return to the country would be celebrated.

“I did not expect a welcome by so many people. I still feel surreal to be able to bring home a medal, because from the beginning our intention to go because we wanted to promote this sport (boccia) to Malaysians, that’s all,“ he said in an emotional voice.

In the final at the Ariake Gymnastics Centre on Wednesday, Wei Lun lost to defending champion David Smith of Great Britain, 2-4. His feat brought Malaysia’s medal tally at the Games to one gold and two silver.- Bernama