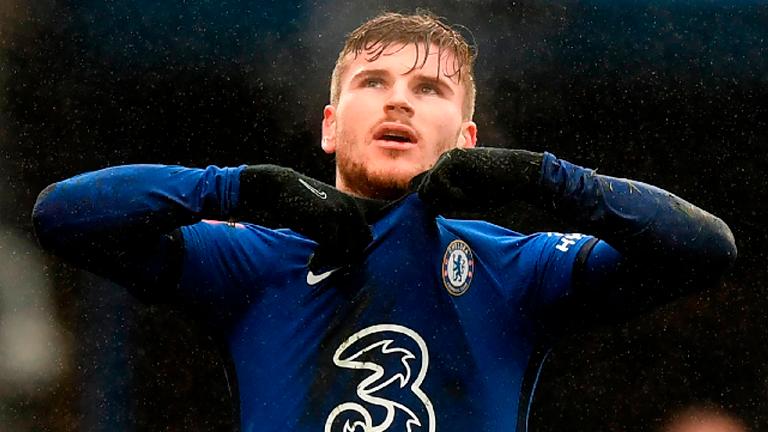 LONDON: Chelsea's misfiring forward Timo Werner will feel disheartened after missing a penalty in Sunday's FA Cup win over Luton Town and manager Frank Lampard said it will be up to him and the team to lift his spirits so the German can get back to scoring ways.

Werner created the opener for hat-trick hero Tammy Abraham but missed a late penalty in Chelsea's 3-1 fourth round victory over second-tier Luton at Stamford Bridge.

The Germany international, who cost the club around €50 million, has looked low on confidence in recent weeks and in his last 16 appearances has scored one goal, which came against fourth-tier Morecambe in the Cup.

"I'm disappointed for him as Timo gave a lot with his performance today," Lampard told reporters.

"I missed penalties, I know the feeling. I know he will feel despondent... but he shouldn't be. It's my job and his team mates' job to lift him and he will be fine."

Chelsea goalkeeper Kepa Arrizabalaga got a rare start and, although he made a mistake for Luton's goal, Lampard said that was due to a "moment of complacency" from the team and pointed out that the Spaniard made amends after the break.

"On the flip side of that, Kepa makes a really top save in the second half to make sure it doesn't go to 2-2," he said.

"It's very easy for people to focus on that but Kepa hasn't been playing regularly. Today he's come in – he's been training excellently and is a good goalkeeper – and we can give him that one." – Reuters