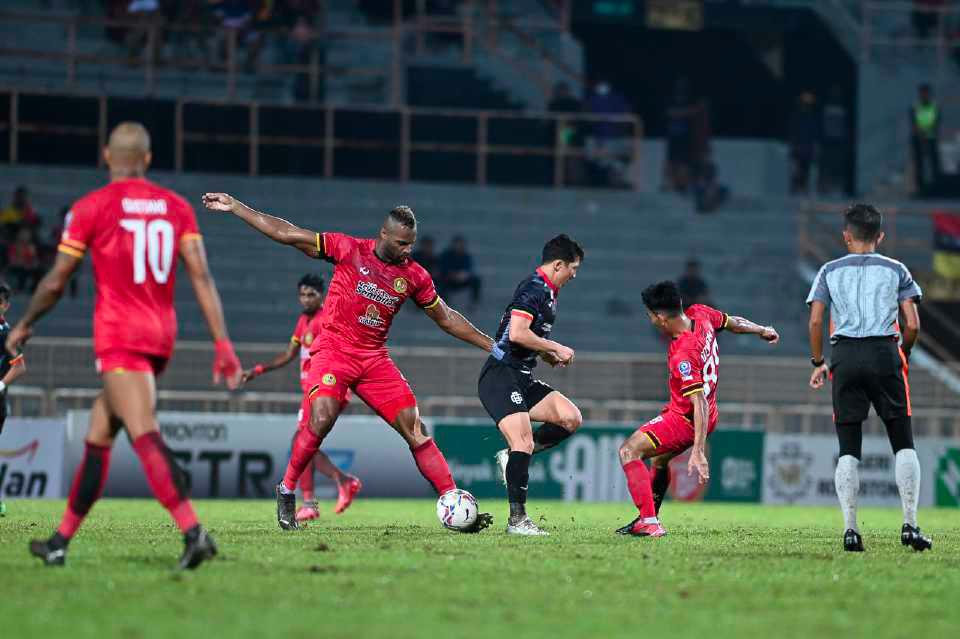 SEREMBAN: The wet pitch due to a heavy downpour made it difficult for Negeri Sembilan FC (NSFC) to put on a better performance despite edging Sarawak United FC 3-2 in their Super League match at the Tuanku Abdul Rahman Stadium, Paroi, yesterday.

NSFC head coach K. Devan said this factor made it difficult for his men to finish some attempts at the opponent’s goal.

“In the first half we played well and we created a lot of chances to score goals even though it was difficult with the (wet) field conditions, if in good condition maybe we could have shown a more beautiful game.

“It made it difficult for us to play our normal game because we couldn’t do quick attacks besides doing good passing because the ball got stuck on puddles in the field,“ he told reporters after the match

However, he still praised the determination displayed by his players in collecting three valuable points at home.

In the meantime, he said that although several key players did not play yesterday including Ahmad Kuzaimie Piee, Saiful Ridzuwan Selamat and Zambri Pin Ramli, it did not affect their game because the substitutes also showed excellent performances.

“I am very satisfied with the performance of the substitutes,“ he said.

The win saw NSFC in third spot in the 12-team Super League standings with 35 points from 18 matches - seven points behind leaders Johor Darul Ta’zim (JDT), who have two games in hand, and one point behind Sabah, who have played one game less.

Sarawak United are in 11th position with 14 points from 18 matches, with whipping boys Penang the only team below them. - Bernama 3.US stocks fall after economic data adds to rate worries