Wooi Yik glad to have done what his uncle, Beng Kiang, couldn’t at Olympics 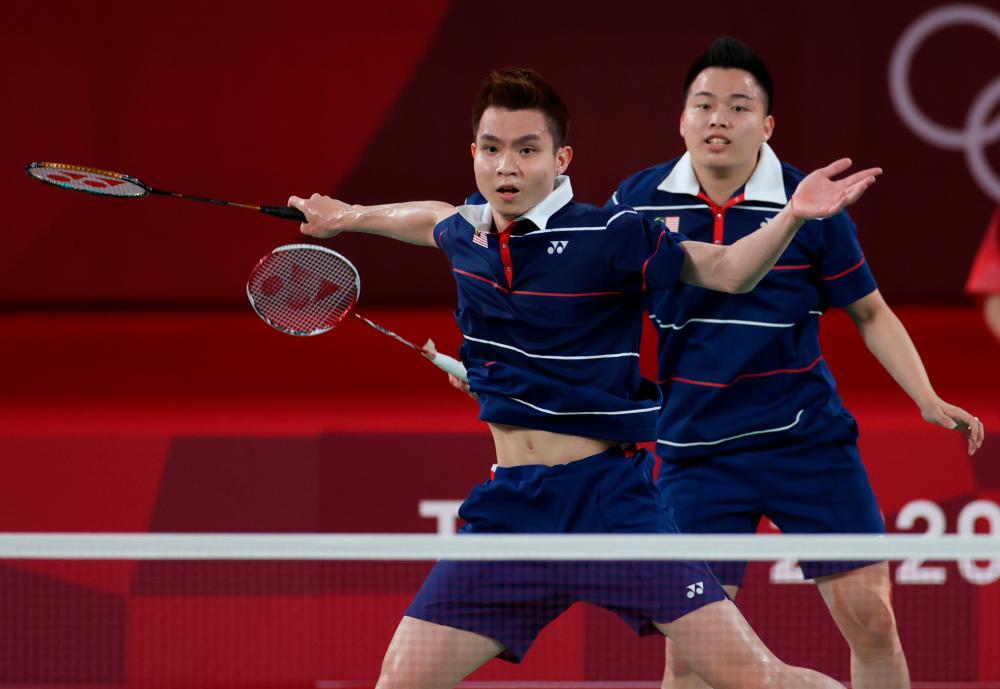 TOKYO: As national men’s doubles pair Aaron Chia and Soh Wooi Yik celebrated their bronze-medal victory at the 2020 Tokyo Olympics on Saturday (July 31), one would have to forgive Wooi Yik if his thoughts strayed to one special individual.

That individual, according to Wooi Yik, is none other than former national men’s doubles ace Soo Beng Kiang, who also happens to be his uncle.

Wooi Yik said his uncle would always motivate and encourage him as well as give share tips with him whenever he competes in any tournament, especially in major championships.

“He (Beng Kiang) always motivates me. He also sends me messages and shares tips with me. In fact, before I came to Tokyo, he also gave me words of encouragement. So, I definitely have to thank him for this success,” said the Kuala Lumpur-born Wooi Yik.

In the men’s doubles bronze-medal match at the Musashino Forest Sport Plaza on Saturday (July 31), Aaron-Wooi Yik had to fight back from a game down to beat Indonesians Mohammad Ahsan-Hendra Setiawan.

Their 17-21, 21-17, 21-14 victory for bronze is Malaysia’s first medal at the Tokyo Olympics after more than a week since the Games officially opened on July 23.

Wooi Yik said the Olympic bronze medal had a sentimental value to his family as his uncle never tasted Olympic success during his time representing the country.

“What he could not achieve (as a player), I have achieved for our family. I am so proud of this achievement,” said the 23-year-old, whose father is also former national shuttler Soh Goon Chup.

During his playing days, Beng Kiang forged formidable partnerships with other shuttlers, including Cheah Soon Kit (1990-1994) and Tan Kim Her (1995-1996).

But when it came to the world’s biggest multi-sports Games – the Olympics – Beng Kiang always came up short and his best achievement was at the 1996 Atlanta edition when he combined with Kim Her to finish fourth after losing in the bronze-medal match.

Meanwhile, Wooi Yik said that he was really proud to have contributed the country’s first medal at the Tokyo Olympics, although it wasn’t the much-coveted gold.

“Our performance here (in Tokyo) is maturing. We managed to overcome the pressures of facing crucial situations and the experience will stand us in good stead in future tournaments,” he said.

Aaron, meanwhile, believes that their bronze-medal feat at the Olympics had boosted their confidence to aim for more titles.

“We are very happy to have contributed one medal to the country and for ourselves as we move forward in our career. We will be more confident when competing in future tournaments,” he said.

Aaron, however, does not want to put extra pressure on themselves should they qualify for the 2024 Paris Olympics, saying they would continue to work hard and try their best to go for gold. – BERNAMA