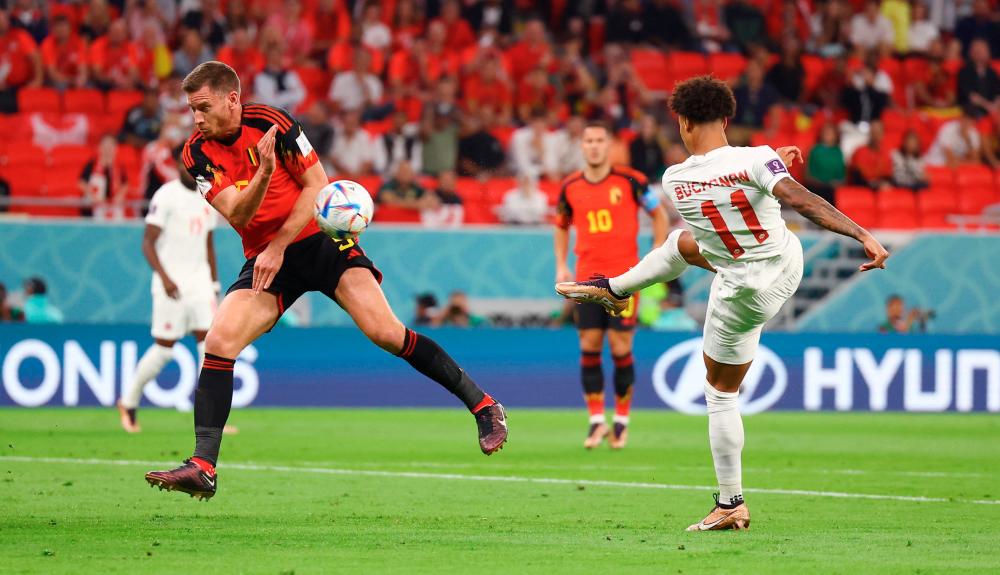 AL RAYYAN: Michy Batshuayi scored in the first half and Thibaut Courtois saved a penalty as Belgium opened their World Cup campaign on Wednesday with a scrappy 1-0 win over an energetic Canada who were back in the finals for first time in 36 years.

Leading the Belgian attack in the absence of injured talisman Romelu Lukaku, Batshuayi scored against the run of play on the stroke of halftime to put the Red Devils top of Group F ahead of Morocco and Croatia who earlier drew 0-0.

In their only other World Cup appearance in Mexico in 1986, Canada lost all three matches and failed to score a goal.

They looked as if they would register their long-awaited first goal when Belgium’s Yannick Carrasco handled the ball in the 11th minute and Alphonso Davies stepped up to take the penalty with the Canadian supporters roaring.

But Courtois, one of the world’s best goalkeepers, denied Davies an historic score by stopping his weak spotkick.

The Canadian attack continued to press, their speed creating havoc in the Belgian defence and keeping Courtois busy throughout the first half.

But against the run of play, Belgium took the lead when Batshuayi broke between two defenders, ran on to a long ball and shot past goalkeeper Milan Borjan in the 44th minute.

Canada coach John Herdman said his men would bring a nothing to lose approach to their opening game against the second-ranked Belgians who arrived in Qatar saddled with the burden of expectation.

Third-place finishers at the 2018 finals in Russia, Red Devils supporters want more this time from the star-studded roster that has been dubbed the “Golden Generation”.

Canada, who surprised by finishing top of the Concacaf qualifying group ahead of traditional regional powerhouses Mexico and the US, represented a potentially tricky opener for Roberto Martinez’s side and proved to be just that.

The second half was more even with both sides generating chances but unable to score. - Reuters