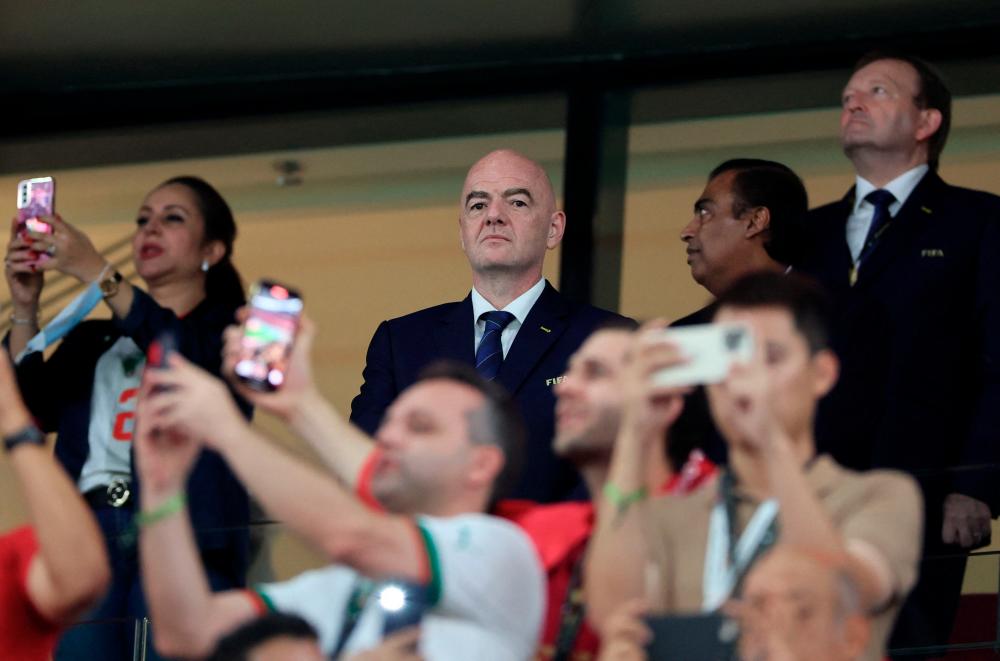 ZURICH: Serbia have been fined 20,000 Swiss francs (RM93,627) after a flag which showed Kosovo as part of their country was hung in the dressing room when they faced Brazil at the World Cup on November 24, world football’s governing body Fifa said yesterday.

The image of the flag with the message “we do not surrender” in Serbian went viral on social media when it was shared by Hajrulla Ceku, Kosovo’s Minister of Culture, Youth and Sport.

Fifa also fined the Croatian Football Federation 50,000 Swiss francs after it said supporters transmitted messages that were not appropriate for sports events in the game against Canada on November 27.

Saudi Arabia received two fines of 15,000 Swiss francs, respectively, for misconduct after receiving a total of six bookings in the matches against Argentina and Mexico on November 22 and November 30. ― Reuters