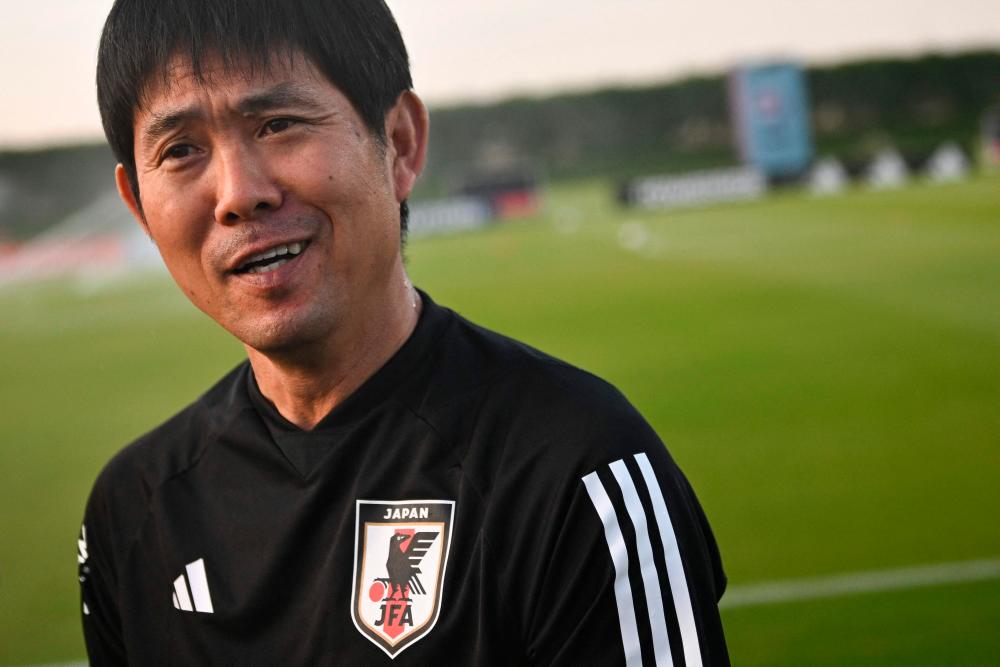 DOHA: Japan manager Hajime Moriyasu was given a surprise shower by a pitch sprinkler on Thursday but it did nothing to dampen his spirits after his team's stunning victory over Germany.

The Blue Samurai came from behind to beat the four-time world champions 2-1 in their Group E opener on Wednesday and are now eyeing a place in the last 16, with Costa Rica their next opponents.

Moriyasu led his team in a workout on Thursday afternoon and was given an unexpected soaking when a sprinkler doused him as he spoke to reporters.

The manager laughed off his early shower but warned his players not to get carried away by their historic triumph.

“All we’re thinking about is the next game that’s in front of us, the same as we always do,“ Moriyasu said, stressing that the Germany game was already in the past.

“On the day of a game we celebrate if we win or we feel frustrated if we lose, but we always think of the things we could have done better and start preparing for the next game in a positive way.”

Moriyasu said beating Germany had given Japan “peace of mind” for Sunday’s game against Costa Rica, who were hammered 7-0 by Spain in their opener.

Japan had to dig deep to stay in the game against the Germans, coming back from 1-0 down to win with goals from substitutes Ritsu Doan and Takuma Asano.

“Germany are a strong team and I knew we would have to dig in,“ said Moriyasu.

“It’s not just Germany -- we have our ideal of how we want to play but we have to be realistic and hang in there at times. Japanese players can do that.”

A tactical change also helped turn the tide Japan's way, with Moriyasu bringing on Arsenal's Takehiro Tomiyasu at half-time and switching to a three-man defence.

“You can try to get your tactics across but it’s up to the players to carry them out in accordance with what’s happening on the pitch,“ said the coach.

“You can do it in training and talk about it in meetings but it’s out on the pitch where you have to get it done.” - AFP