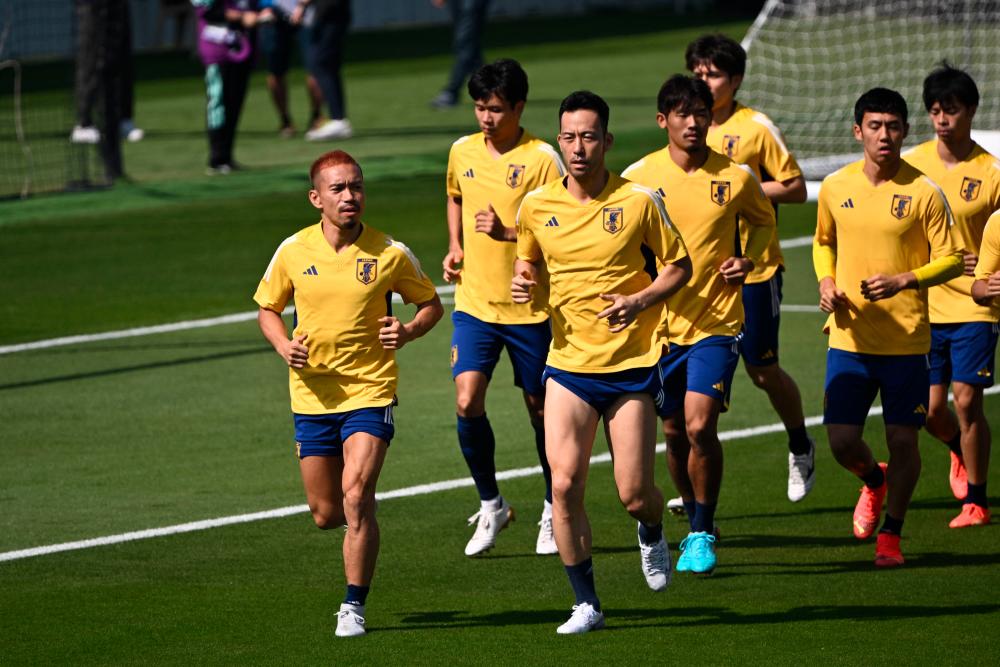 Japan’s players take part in a training session at Al Sadd SC in Doha on November 26, 2022, on the eve of the Qatar 2022 World Cup football match between Japan and Costa Rica. AFPPIX

Japan stunned the Germans 2-1 and now have the chance to take a big step towards the knock-out round when they face a wounded Costa Rica in Group E.

The Central Americans opened their campaign on the wrong end of a 7-0 hiding by Spain but Yoshida insists Japan will not take their opponents lightly.

“The spotlight is on us after the last game and we have to make sure that we don’t dance badly,“ the defender said on Saturday.

“Make no mistake, when you win it makes you feel more comfortable. We have to stay calm, prepare well and concentrate on the plan to get us the win.

“We’re not through yet.”

Yoshida said that the Japanese media have tended to focus on the team’s games against European heavyweights Germany and Spain ever since the draw was made, with the Costa Rica clash being “pushed to one side”.

The captain is wary of a Costa Rican backlash after their Spanish humiliation.

“They got hammered in their previous game so I think they’re really going to go for it,“ he said.

“There are no easy teams at the World Cup. They will be fighting for the pride of their country and we have to be mentally prepared to deal with that.” - AFP